Over the last couple of years, Larry June has been rising in popularity and showing no signs of slowing down. Recently, the Orange Print artist announced that he would be releasing an album this Friday. 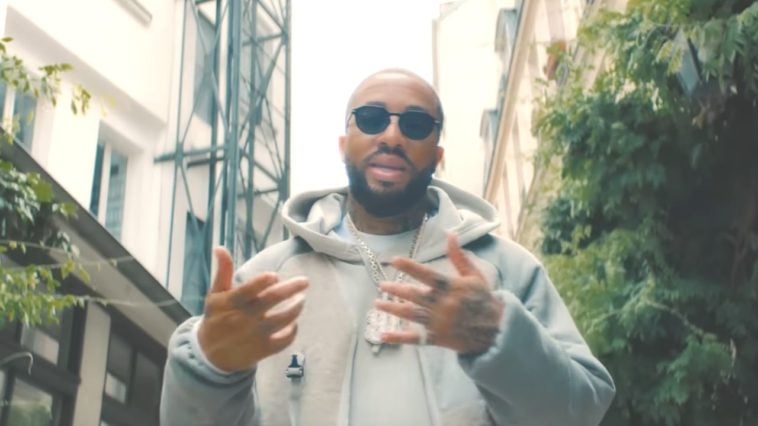 The Bay Area rapper shared on his Instagram that he is dropping his new album, Spaceships On the Blade, on August 19.

The album cover includes Larry infront of luxury cars and yachts on a pier. In his music, he also expresses his love for cars.

Spaceships On the Blade will be Larry’s first album since Orange Print, which was released in June of 2021.

Features on the album have not yet been released.

Larry June is dropping music consistently but ventured into another lane recently with a documentary.

Back in July, Larry released a documentary on his Orange Print tour that took place in late 2021.

In the documentary, it shows backstage footage of Larry and his entourage and gives camera time to those joining the tour with them as they watched Larry perform around  the country. Chris Brown Calls Kyrie Irving A “Hero” For Not Getting Vaccinated