Music executive L.A Reid is making major behind the scenes moves. The hip-hop mogul has reportedly sold the entirety of his future royalties and writer’s share of income on nearly 200 songs he owns.

According to reports, Reid joins a slew of high-profile entertainers giving up the rights to their music for an undisclosed amount of money. The low-key deal is reportedly for his 162-song catalogue.

The producer, songwriter and executive is the latest artist to sell the rights to his future royalties to the Hipgnosis Song Fund, which purchased them for an undisclosed sum. Reid has also been appointed to its advisory board. The fund was founded by music industry veteran Merck Mercuriadis, who before becoming an investor managed artists including Beyoncé, Elton John, Iron Maiden and Guns N’ Roses. (NME)

L.A has since confirmed the huge deal is official. He also took pride in teaming up with music executive Merck Mercuriadis to have the songs preserved in the Hipgnosis Song Fund.

“I can’t imagine a better home for my lifetime of music and songs than Hipgnosis. Merck and his dream team truly value artists and their creative vision, and I couldn’t be more thrilled to partner with them for this exciting new chapter.” (Statement) 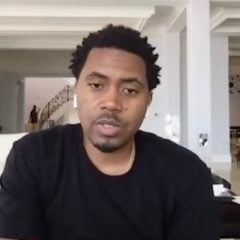 What Are Masters + Why Are Rappers Broke

Recently, SOHH has taken a deep dive into the topic of why musicians have sold their masters and rights to songs.

On an even deeper level, SOHH’s dug into understanding how and why some of the biggest names in hip-hop have fallen on hard financial times. 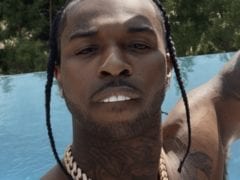 Despite being a member of one of the most popular hip hop groups of the mid-2000s, Young Buck said that he has NO property, money in the bank, cash on hand, barely any assets, and owns just $100 in clothes and $100 in jewelry. Things are so bad that he has to rely on his girlfriend for his basic day to day needs; he drives her car and uses her household goods in the home they share, his court papers state. (Bossip)

In summer 2020, Buck’s former G-Unit group member Game vowed to send him money after he asked fans to send him $1 each. Freddie Gibbs Is Getting Ready For His Film Debut