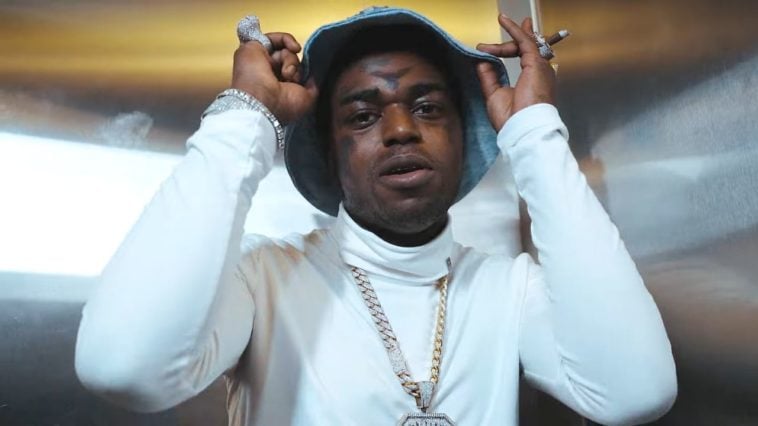 South Florida rapper Kodak Black is known for comments that might label him as controversial or misunderstood, but this time, he proudly let his fans know he’s Jewish.

The “No Flockin” rapper went on Instagram live for a couple of minutes and said he is a” Jew.” Kodak explained that he was upset with foreign jewelers treating Black celebrities differently.

“Im a f*ckin jew. I’m more jew than you. You jew-ish, you converted,” Kodak said.

Kodak also referenced that Black people are Jews, which rapper Kanye West mentioned on Twitter a couple of weeks ago.

Later in the video, Kodak was upset about foreign business owners moving into Black neighborhoods and treating them poorly. He particularly called out Arabs.

“They put their stores in our neighborhoods but be standing on ni**as,” Kodak said.

Another Black celebrity in the headlines for being labeled anti-semitic is NBA star guard Kyrie Irving for posting the 2018 Amazon Prime documentary, From Hebrews To Negroes: Wake Up Black America.

Rapper Kanye West went on a Twitter rant and said he was going “Death Con 3” (DEFCON 3) on Jewish people.

Ye also said that Black people can’t be anti-semitic since they are “really Jews.” He also posted a hat that said “2024,” possibly hinting at a presidential run.