It looks like Kid Cudi may be taking a page out of the Beastie Boys’ book. Earlier, Netflix dropped a first-look teaser of Cudi’s new animated series “Entergalactic.” 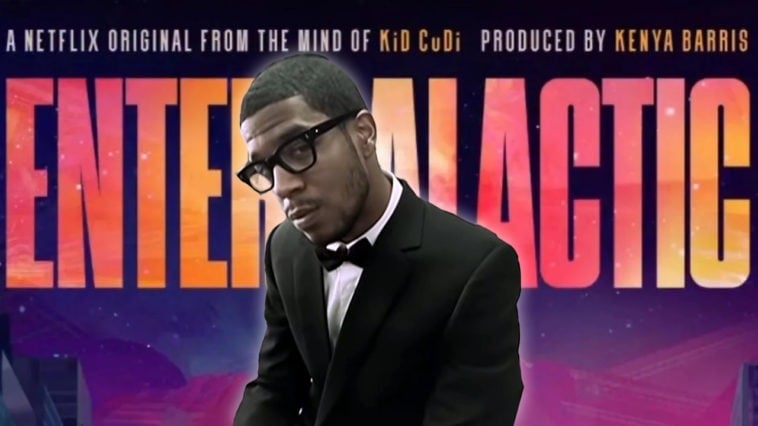 In July 2019, the streaming giant first announced the upcoming collab with Scott Mescudi, aka Kid Cudi. The self-proclaimed “Man on the Moon” described the project as “a fantasy” and “what I wish I had.” In the minute-long teaser, we see him grooving through a rotoscoped New York City alongside friends and a blossoming love interest set to his latest track, ‘Do What I Want’.

The cast that will be joining Mescudi is Jessica Willams, the love interest mentioned above, Academy Award-nominated actor Timothée Chalamet, Ty Dolla $ign, Blackkklansman star Laura Harrier, and even Kevin McCallister himself—yes, Macaulay Culkin. From the mind of Cudi and “Black-ish” creator Kenya Barris, the series is set to premiere this fall.

The Kid On Screen

Before working on “Entergalactic”, Scott’s first partnership with Netflix came when he starred in Adam McKay’s “Don’t Look Up.” He also appears in  Ti West’s A24 horror homage X.

In “Don’t Look Up,” Cudi played DJ Chello, a fictionalized version of himself who was frequently in an on-off relationship with co-star, Ariana Grande. In X, he plays Jackson Hole, an adult film star in the 70s who accompanies the main cast to produce a film on the outskirts of Texas.