Fans of Cleveland rapper Kid Cudi can rejoice – or his OGs, for that matter. He’s gone to social media to announce his first mixtape is going on streaming services soon. Kid Cudi Has Amazing News Regarding ‘A Kid Named Cudi’

Kid Cudi says he’s trying to make sure A Kid Named Cudi will be available for streaming soon. He didn’t reveal a specific date or more details, but the legendary project is one to be remembered. The 2008 project caught the attention of Kanye West, which led to Cudi’s signing to Ye’s G.O.O.D. Music later that year.

“Workin on putting A Kid Named Cudi on streaming services!! I got u!!” 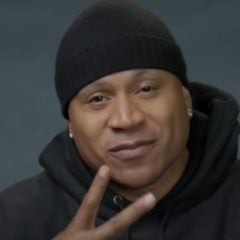 Cudi is ready to take his success as high as the moon. The hip-hop superstar recently came forward to promise big things are soon coming and salute his true supporters for sticking with him since day one. In late January 2021, KC said fans could expect him to keep grinding and really blow everyone away with what he’s working on.

Kid Cudi speaks on his grind.

Earlier that, Kid Cudi went on Twitter to announce the upcoming launch of his own clothing line, the name of which he didn’t reveal. When a fan wrote that Cudi “already created skinny jeans,” the multi-talented artist acknowledged the comment with “No lies here.”

Hyped For Malcolm & Marie On Netflix

Cudi was mad hyped for the release of Malcolm & Marie, a Netflix film starring John David Washington and Zendaya. The hip-hop star is an executive producer of the movie that sparked early award-season buzz.

CupcakKe Drops Hard-Hitting The Gag Is Diss Song On Sukihana