Kanye West has been known for both his chart-topping music and controversial views throughout his career. His latest attempt in fashion might move the needle in a way that has never been seen before. 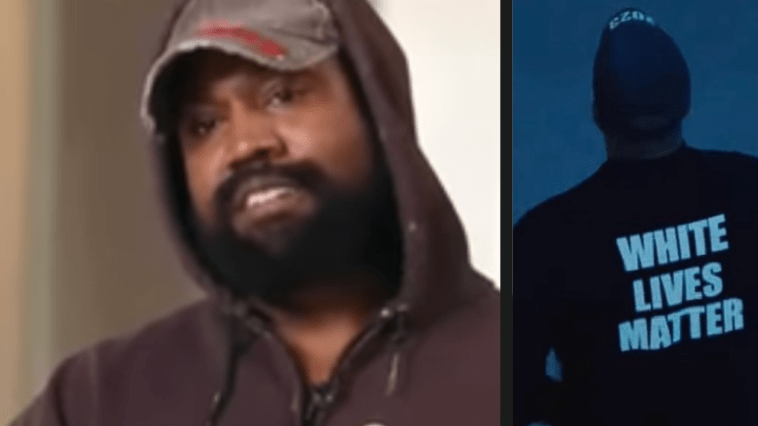 159 Views
Comments Off on Kanye West’s Bold YEEZY Season 9 Debut Shocks Fans. Could Ye Be On To Something?

Ye just made his debut on the Balenciaga runway with a move that has taken the internet by storm.

Even though he may be at odds with his two partner fashion companies, Gap and Adidas, that did not stop him from debuting his YEEZY Season 9 presentation in Paris.

Kanye is pictured wearing a hoodie that says “White Lives Matter” on the back. This was, of course, inspired by the Black Lives Matter (BLM) slogan.

The BLM movement is known for its stance against racism and police brutality in the face of sharp criticism and racist rebuttals.

Meanwhile, the phrase on the hoodie was met with all kinds of social media reactions. However, Kanye could have had a deeper reason for his sweater choice.

To the blind eye, this is another obscene tactic to spark media attention.

Kanye’s bold move could expose covert and overt racism issues in America.

In February, Ye did raise eyebrows when he said Black History Month should be canceled.

Will Smith’s son, Jaden Smith, took to Twitter to say that he cannot stand behind what Kanye is saying.

Furthermore, many fans wondered who would have the audacity to buy and rock the hoodies publicly if Kanye had put them on the market.

Whether or not Kanye believes that “White Lives Matter,” the marketing could be unprecedented.  Kanye appears to have a trick up his sleeve that could start a much bigger conversation outside of fashion.

This leave fans wondering if Ye is joking or if it is a master plan to expose people.

In other Kanye news, he wants to change the narrative surrounding his relationship with former mother-in-law, Kris Jenner.

The “Pure Souls” rapper recently changed his Instagram profile picture to one of Kris, which was met with jokes on social media.

Many fans thought he was trolling, but on his Instagram stories, he said he wants to end the back-and-forth between them and his ex-wife Kim Kardashian.

Dr. Dre’s Daughter Warns Haters About Who She Turns Into At Night W/ Bloody Pics