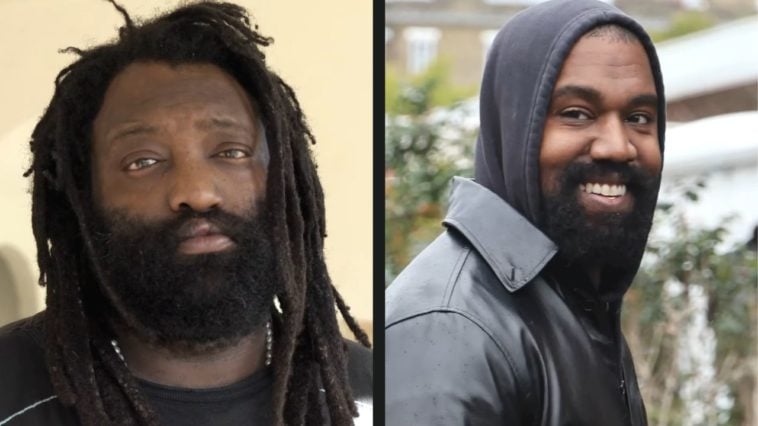 Kanye has taken to social media to respond to the Supreme curator after the latter had had enough of Ye’s recent disruptions to the fashion world and gone on Instagram to blow off some steam.

The “Yeezy” creator said this is an attack and continuation of his current fashion battle.

“IN WAR THEY WILL SEND YOUR OWN PEOPLE AT YOU. GOOD ONE BENARD.”

West originally posted a Roman statue head to his IG account with the caption :

Tremaine then posted a screenshot, captioning it a lengthy paragraph where he called Ye a narcissist seeking validation from the fashion industry.

He even referred to the Yeezus designer as “broken.”

“Your best friend Virgil, NEGRO PLEASE, this time last year you said Virgil’s designs are a disgrace to the black community infont of all your employees at yeezy -ASK LUCETTE HOLLAND…I GOT ALL THE “RECEIPTS” ( don’t let me get into the things you said about v after his death)”

Tremaine’s frustration grew as he continued:

“Ye tell the ppl why you didn’t get invited to Virgil’s actual funeral the one before the public one at the museum( and why you weren’t allowed to speak at the public funeral) . You knew Virgil had terminal cancer and you rode on him in group chats, at yeezy, interviews…YOU ARE SO BROKEN. KEEP VIRGIL NAME OUT YOUR MOUTH…”

Kanye’s ex-fling Julia Foxx hit up the comment section under the post to drop a couple of hand laps, along with other fashion industry creatives/professionals.

Ye just made his debut on the Balenciaga runway with a move that has taken the internet by storm.

Even though he may be at odds with his two partner fashion companies, Gap and Adidas, that did not stop him from debuting his YEEZY Season 9 presentation in Paris.

At the event, Kanye is pictured wearing a hoodie that says “White Lives Matter” on the back.

This was, of course, inspired by the Black Lives Matter (BLM) slogan.