City Girls’ JT is making sure people realize she’s really off the market. The hip-hop star has lit up social media with a glimpse into her relationship goals with publicized boyfriend Lil Uzi Vert. The Florida rap heavyweight went to Instagram to share a slideshow of moments. While most of them feature JT slaying by herself, she made sure to include a pic of LUV alongside her.

Both Vert and rap star Megan Thee Stallion made sure to bless the comments section.

Recently, JT revealed Lil Uzi dropped $60,000 on her at a Louis Vuitton store. She sent him a whole lot of love back with a heartfelt message and made sure everybody knew their relationship is real and lasting.

808 Mafia boss Southside has a message for Lil Uzi Vert. The production icon recently went to social media to reveal who he saved the rap superstar from getting robbed by and also drop some threatening words.

Southside’s rampage came after Lil Uzi Vert went to Live as well with Florida rap duo City Girls, which features the producer’s baby mama Yung Miami and JT, who Uzi has been dating officially since February 2021. 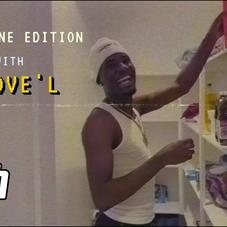 Smoove’L Is Hella Selective About His Juice On “Quarantine Essentials”

Michael B. Jordan’s Ready To Bet It All On Lori Harvey

Lil Wayne – Love You F*ck You with Jessie Reyez (Audio)