R&B singer Jhené Aiko is making big moves in the industry. The platinum-selling artist has been tapped to host this year’s Grammy Awards Premiere Ceremony — best known as the show before the main show, when the majority of the 84 Grammys will actually be handed out. Six-time Grammy nominee Jhené Aiko will host the Grammy Awards Premiere Ceremony on March 14. Aiko is up for three Grammys herself this year: Album of the Year and Best Progressive R&B Album (Chilombo), and Best R&B Performance (“Lightning and Thunder” with John Legend). 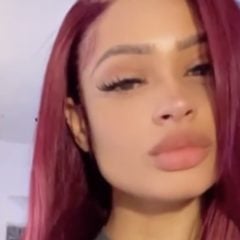 Aiko has everybody stunned, like usual. The publicized and rumored intimate companion of rap star Big Sean recently went to social media to show off her figure wearing some Beyoncé Adidas Ivy Park gear.

Big Sean’s Before + After Muscle Pics

Jhené’s guy Big Sean is out here flexing on ’em – literally. The hip-hop star blessed social media with some looks at just how much he’s put an emphasis on positive weight gain in the muscles department.