News has surfaced that Jhene Aiko is expecting a baby with her longtime boyfriend Big Sean. 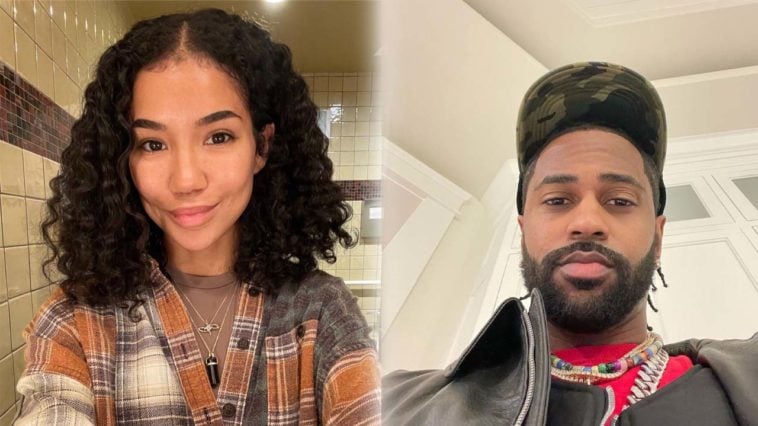 According to reports, Jhene Aiko is pregnant with her second child – her first with longtime boyfriend, rapper Big Sean.

The couple was spotted in Beverly Hills with a pronounced baby bump.

As of now, there are no details on how far along the Twenty88 couple are from having the baby or news of a gender reveal.  But from the looks of her bump, she appears to be about four months along, making her due date at late December/early January.

Looking back thru Big Sean’s timeline, he hinted at Jhene’s pregnancy in an Instagram post. In the post he shouted out all the mothers and grandmothers. In the multi-image post, were pictures of Sean’s mother and Jhene. In the comments, one user even asked if Jhene was expecting. The comment went unanswered.

The news has already been trending in the Twitter universe with excitement. One user said:

“Big Sean and Jhene having a baby!?!, that baby is already a vibe.”

“Jhene and Big Sean got a baby on the way, I love this from them. I hope her pregnancy is but blessings and easy-going.”

In February, Sean announced on Instagram live with singer Queen Naija that he and Jhene were working a possible sequel to the aforementioned Twenty88 album:

“I’m working on a new Twenty88 with Jhene, we been working on it for a little bit, it’s coming along good though.”

This past week, Summer Walker announced that she is also pregnant with her second child. While getting candid with fans on Instagram Live, the songstress explains why her current pregnancy will be different than the previous.