Rapper and business magnate Jay-Z recently shared a picture posing with his Grammys. SOHH, with just a day before the nominations for the 65th annual event is announced, we’re taking a look back at all of his wins. 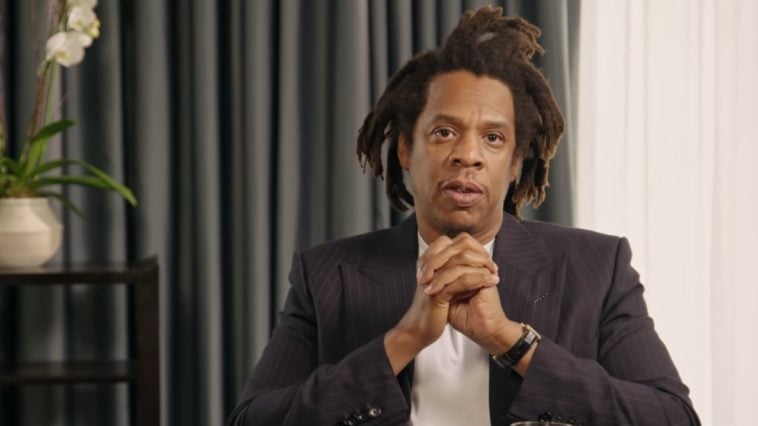 Rapper, businessman, and billionaire Jay-Z shared a picture of him surrounded by success with all of his Grammys on display.

With the nominations for the 65th annual show underway, SOHH looks back at all the times he’s taken one home:

Beyoncè and Jay-Z proved they were truly “Crazy in Love” after scoring two awards for their collab track. The song was on Queen Bey’s debut studio album, Dangerously in Love.

Jay’s “99 Problems” won him his fourth Grammy for “Best Rap Solo Performance.” The track was off his eighth studio album, The Black Album.

Hova’s team-up with the California punk rock band Linkin Park nabbed him another Grammy for their joint track “Numb/Encore.” The song was from Jay and the band’s collaborative studio album Collision Course.

It’s raining awards for the Blueprint artist. In 2008, he and Rihanna won Grammys for “Umbrella,” the hit song off of bad gal Riri’s third studio album, Good Girl Gone Bad. The song was also nominated for “Record of the Year” and “Song of the Year.”

In the following year, he was back at the Grammys picking up a trophy for “Swagga Like Us,” a song collaboration with ATL rapper T.I. It also featured guest verses from Lil Wayne and Kanye West. The track was certified platinum and sold over a million units in the U.S alone.

2010 was an even bigger year for Jigga. He took home three consecutive Grammys: two for the Kanye and Rihanna hit “Run This Town” and one for “Death of Auto-Tune.” All three tracks from Jay-Z’s 11th album, The Blueprint 3.

Best Rap Song, Best Rap/Song Collaboration- “Empire State of Mind,” Best Rap Performance By a Duo or Group – “On To The Next One”  (2011)

Jigga’s next three wins got him working alongside future lovebirds Swizz Beats and Alicia Keys. In fact, The Blueprint 3 hit “Empire State of Mind” picked up two for “Best Rap Song” and “Best Rap/Sung” while “On to the Next One” won for “Best Rap Performance by a Duo.”

Jay and Ye’s joint album Watch the Throne featured a litany of chart-topping hits. However, the track “Otis” nabbed them a Grammy for “Best Rap Performance” at the 54th annual award show.

Speaking of hits, the dynamic duo would go on to win three more for Watch the Throne in the following year. The club hit “N****s in Paris” won “Best Rap Song and Performance,” while “No Church in the Wild” took home “Best Rap/Sung Performance.”

Fun Fact: A young Frank Ocean is featured on the track “No Church in the Wild” before his own Grammy win for his debut album “Channel Orange.”

Featuring in Justin Timberlake’s throwback somber hit “Suit & Tie” won him another Grammy win for “Best Music Video.” Jay would then return the favor by having the “20/20 Experience”’ artist feature in “Holy Grail,” which also won the “Best Rap/Sung” category.

Queen Bey’s self-titled album. The two would pick up two awards for “Best R&B Song” and Performance at the 57th annual awards.

Everything is Love is the joint debut album by the Carters and includes the hit singles “Apes**t”  and “Summer,” among others. The two picked up a Grammy  for “Best Urban Contemporary,” at the 61st awards.

The hit song, “Savage Remix,” by Megan Thee Stallion spawned its own TikTok dance challenge. It was received so well that the Houston Hottie received an opportunity to work on a remix with another Houston favorite: Bey. Their hot venture snagged Jay yet another one for “Best Rap Song.”