Fashion mogul and R&B artist Rihanna reveals she dreams to see Beyoncè model her “panties” for the next Fenty X Savage lingerie show. 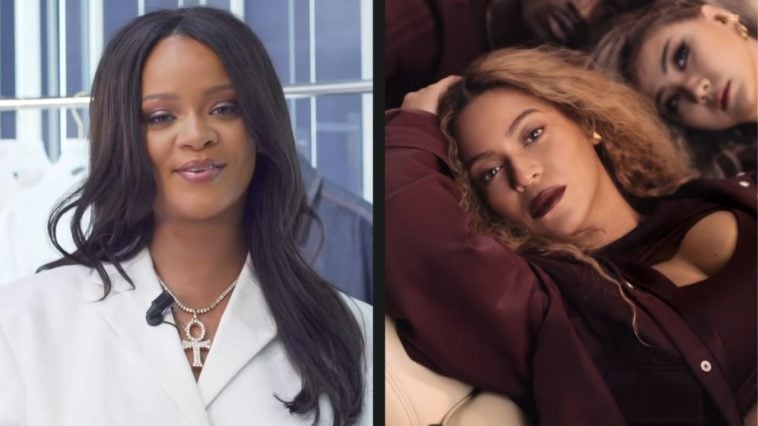 The Queen of Fenty told E News that her ultimate Fenty X Savage dream would be to see superstar Beyoncè walk in one of her “panties.”

A host asked the new mom at the premiere of her newest show, who’d she want to “put in her panties?” Without hesitation, she told viewers that she’d love to see Bey in her famous lingerie brand.

Rih has been candid while making her full comeback with her recent announcement on new music, which is also featured on the Wakanda Forever soundtrack. Additionally, the “Born Again” singer is set to perform at the 2023 Super Bowl halftime show.

Rihanna recently received a ton of backlash from fans after she announced her decision to cast Johnny Depp in her latest Fenty X Savage show.