Rap mogul JAY-Z is no longer head honcho over at streaming giant TIDAL. He’s inked a major deal for some major money with a business parter/friend to part ways with complete ownership of TIDAL.

Twitter CEO Jack Dorsey and his company Square (a digital payment service) has bought TIDAL for $297 million. While Hov no longer owns the streaming service, he’ll move to Square’s board of directors. TIDAL’s artist owners will continue to co-own the platform, as the second largest group of shareholders. 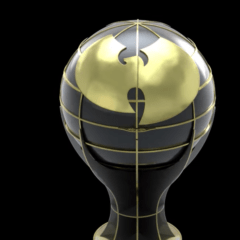 The hip-hop giant is operating on a higher level, beyond just making money. His cannabis brand, MONOGRAM, is using its new ad campaign to address systemic racism and legislative hypocrisy. A new series of ads from JAY-Z’s MONOGRAM cannabis brand take a harsh look at some hypocritical realities of the cannabis business. The ads point out how there are tougher laws targeting marijuana than things like incest and bestiality.

JAY is helping out big time. Young Hov has reportedly upped the ante and created a massive fund to help out a very herbal line of Black-owned businesses. Fetty Wap Reveals Reasons Why He Fell Off