Hip-hop celebrity couple T.I. and Tiny Harris are fighting for their lives and their livelihood. The Atlanta rapper/actor and his wife are facing serious allegations of sexual assault, and are reportedly trying hard to make this go away. Attorneys Go Back + Forth In T.I. + Tiny Case

Tyrone A. Blackburn is an attorney representing some of the individuals accusing T.I. and Tiny of sex crimes. In a press release, Blackburn claims the married couple attempted to “make a deal” with his clients, but got no takers.

“(Attorney) Steve Sadow reached out to me looking to make a deal on behalf of T.I. and Tiny. And I told Steve Sadow my clients want justice. So, if the deal involves Tiny and T.I. turning themselves in and admitting to the crimes they have committed then fine we got a deal. But if it does not, then I would prefer the investigators do that work and to bring criminal charges against Tiny and T.I. for what they’ve done throughout the years.” 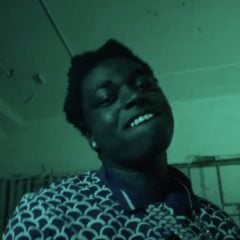