Artists have always been praised for their ability to flex their talents. This week, two legends of the game, Jay Z and Kendrick Lamar, proved theirs. 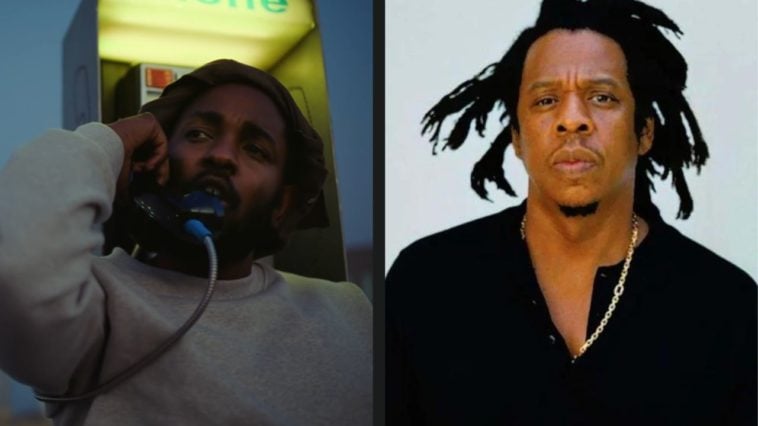 There are multiple ways for a legend to be crowned a legend, but one standard has always been doing it in one take.

On the title track “God Did” of DJ Khaled’s new project, Jay-Z has already gained countless accolades for having “Verse of the Year ” after being out for only a week.

Jay out-raps legends like Rick Ross and Lil Wayne for almost five minutes and 36 bars, giving vintage HOV, but now, it appears he did it all in one take.

In a conversation with Young Guru and Khaled, Guru spilled the tea on what happened when creating the song.

“So then he sends me the joint, and I started trying to loop it, and he was just like, ‘No, no, no, hit Khaled and get the whole instrumental,’ so he could spit the whole verse,” Guru continued.

Crazy. It was Kendrick’s turn next.

In the recently released clip for the song “We Cry Together,” which is a spoken word/rap perspective on relationships, Taylour Paige and Kendrick go back and forth over a beat in the most aggressive and introspective way, which according to Taylor Paige, was also in one take.

She tweeted yesterday, “ALL IN ONE SHOT. NO CAMERA TRICKS. CAMERA NEVER CUTS.”

Jay-Z might not have Meek Mill on his label, but HOV’s latest verse proves there’s no bad blood.

Meek Mill left Jay-Z’s Roc Nation, leaving many to suspect around hip-hop that there is secret beef between the two.