Jadakiss has always been complimented on his bars. Still, he has recently shared that he has never liked writing for other rappers. 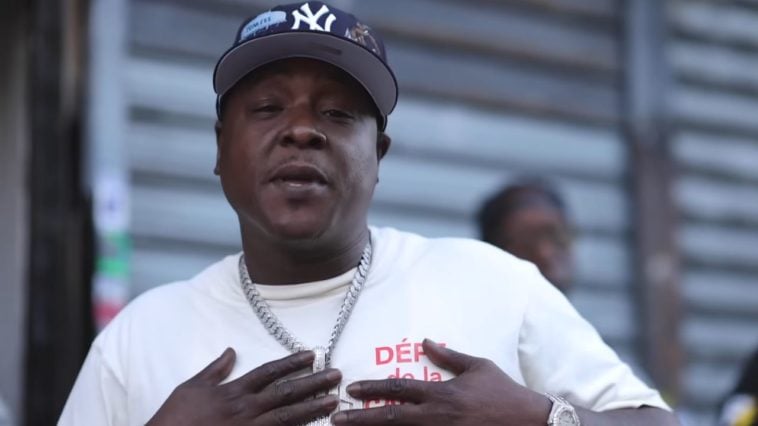 While being interviewed on the Personal Party Podcast, The Lox rapper was asked about his role in ghostwriting by fellow rapper Smoke DZA.

“I really hated it,” Jadakiss said. I used to feel like it was taking away too much of me.”

The legendary rapper from Yonkers said he helped write Diddy’s songs such as “All about the Benjamins,” “Senorita,” and several remixes of other songs.

Jadakiss also felt that he couldn’t write the bars for himself and give it to someone else to perform.

He described that with his upbringing, he couldn’t relate to designer clothes and being flashy like Diddy was in the 1990s.

“It ain’t gonna fit for you,” Jadakiss said about Diddy telling him to write a verse about how he would perform it.

Jadakiss and Smoke DZA laughed off the comment and continued their conversation about his contributions to hip-hop.

In an interview on Math Hoffa’s Youtube channel, Method Man shared how he felt about ghostwriting in hip-hop.

“I don’t give a f*ck, but when you want to talk about the top five emcees, you already eliminated yourself,” the Wu-Tang rapper said.

Method Man also added that rappers having a ghostwriter isn’t surprising but should not be taken seriously as one of the all-time greats.