J. Cole is not only killing it in the rap game, but he is also dropping exclusive barz on NBA 2K23. 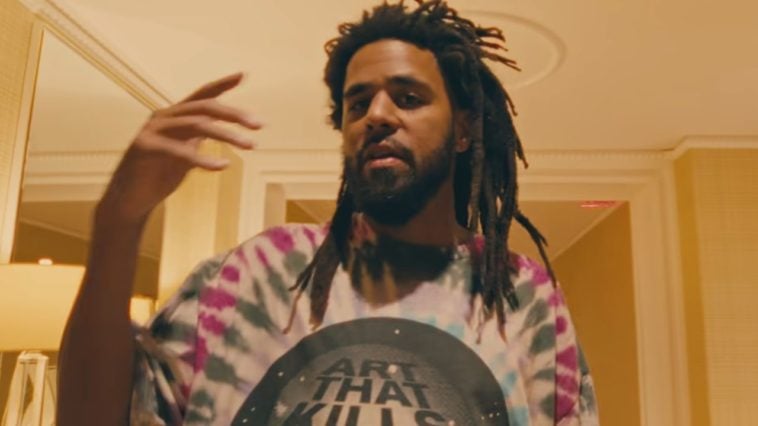 The “Applying Pressure” rapper is spitting fire barz again, but this time it’s while animated.

In the “My Career” mode, J.Cole shares a verse with the animated version of fellow Dreamville rapper Bas and another friend of theirs in a recording studio.

The thirty-second verse sounds like a typical Cole song with clever wordplay:

“I’ve done witnessed so many n*ggas play with sticks I’m damn near a fan of lacrosse.”

In addition, the Dreamville leader recently made NBA 2K history as the first rapper to be featured on its cover.

The cover of J. Cole is him sitting on a basketball court surrounded by clouds.

The Cole World artist is no stranger to hoops, as he played in high school and the Canadian Elite Basketball League.