Australian rapper Iggy Azalea is big proud of her mini-me. The hip-hop star has blessed social media with a handful of new pics showing off her baby boy Onyx.

Iggy Azalea’s Photo Dump Is All About Onyx

The blonde bombshell went to her Instagram page and didn’t hold back on the super cute looks. The shots feature a super tiny Onyx including some pics of Iggy flexing her own beauty to the masses.

“Photo dump//mommy & onyx 2020. I really Can’t believe how fast time flys 🥺 he looks like a toddler now days! Just yesterday you were a tiny ball in my arms. 😩💖 I love you always, all the ways.” 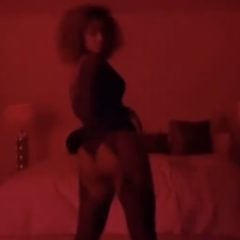 A few days ago, Azalea went to her IG page with a stunning shot of herself rocking a matching blue top and bottom. She also urged followers to share a pic of feeling themselves too much.

Hours prior, Azalea shared a similar shot of herself rocking the same hairstyle and delivering vixen vibes.

“Taking advantage of the 🌞 in this lil @fashionnova set.” 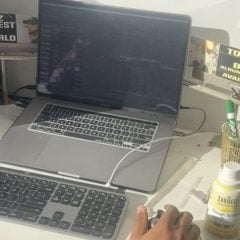 The drama involving the Grammy-nominated rapper and her child’s father, Playboi Carti, recently dominated headlines. Iggy publicly put the Atlanta artist on blast, along with his alleged side chick.

“Let’s air some more sh*t out, Miss Brandi! Because I’ve had more people come forward to tell me more information about this whole sh*t and how deep it goes so let’s get into it. Are you ready for the next chapter? What I’m hearing is that while I was in Brazil last December and Jordan [Playboi Carti] was in Miami recording in the Hit Factory, little Miss Brandi, you and your friend, whose profile name I will get, were both in the studio but he wasn’t f*cking you yet, Brandi. He was f*cking your friend. Apparently, y’all are real tight and go everywhere together. He was f*cking your friend and you were there with her for ‘friend support’, right? Now, I have always wondered how it got out last year that I was pregnant and having a boy. So, what I’m hearing now is the reason why that came out is because Brandi’s friend who was getting f*cked in Miami while she was there by my man at the time got f*cked raw and my man started freaking out, saying, ‘I’m having a boy! I’m having a boy! This can’t happen! She’s gotta take a Plan B!’ I guess you took the Plan B, right sweetie, because there’s no other baby I assume, but you both were already in the mix in December while I was five months pregnant and you very much knew that this man had a full girlfriend, lived in a house with her, and was having a boy.”

The same week, Azalea went to her social media pages including Twitter and Instagram to let loose a ton of receipts. Iggy shared a slew of private messages she had with Carti showing him allegedly declaring his love for her and vowing to one day marry her.

“I’m lying tho right girls? And I have so many stories like this. Brandi. Knock it off girls talk babe. Y’all can delete or take an L tomorrow as a team it’s up to you!!!”

Following the initial explosion, Iggy returned to Twitter and suggested the drama is now over.

“They deleted their comments. Smart. … I’ve spoken to my bd and as fucked up as this sh*t’s been… it was for the best because now sh*ts aired out & gonna change for the better w my son. That’s all I wanted. … I hate to see the bad part of me have to come out at times because I’m really just a baby angel 🤷‍♀️😇”

Kanye West Is Working On A Playlist Of Unreleased Music