The rap game is putting big respect on Drake’s name. Some of the biggest names in hip-hop have come forward to acknowledge Drizzy on dominating the Billboard Hot 100 chart. The 6 God went to his Instagram page with a snapshot of his presence on the chart – ultimately occupying the Top 3 spots. Drake’s “What’s Next,” “Wants And Needs” and “Lemon Pepper Freestyle” make up the top of the list.

In the comments section, the biggest names in the rap game have saluted Drizzy. 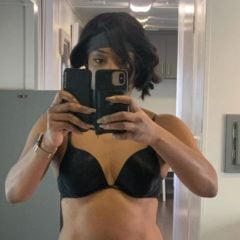 The 6 God does much more than get people dancing when he puts out new music. His “What’s Next” visual has ignited a slew of must-see and hilarious memes.

The time finally came for Drake fans. Ahead of the new music dropping, the Toronto rap boss’ OVO Sound producer 40 lit up social media with the perfect amount of hype to get Drizzy supporters amped. Drake himself took to his Instagram to let it be known he was releasing music. 40 joined in and also put up the cover art to what is his latest EP (and a sequel to his 2018 EP) Scary Hours 2.