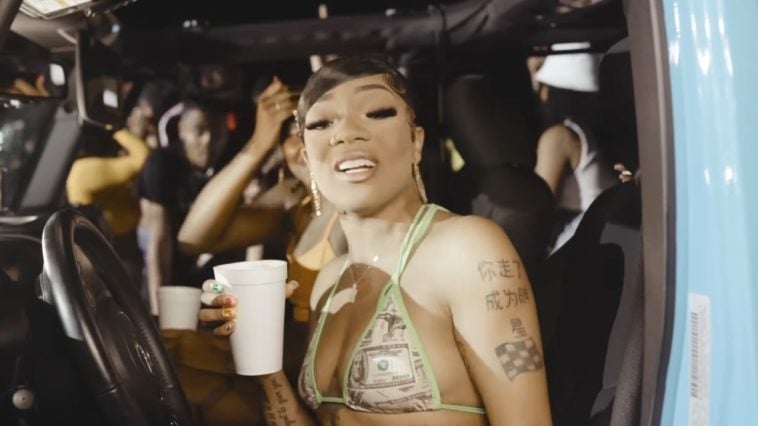 GloRilla has officially dropped the highly-anticipated single “Blessed.” The song has been trending on TikTok for weeks.

The single, produced by @macaronitoni.beats  talks about the rapper’s upgraded lifestyle.

Fans went crazy for the single as she previewed their reactions in her IG stories.

The song has been trending on TikTok for the past few weeks.

Rapper Yo Gotti also promoted the single on his IG story.

The 22-year-old Memphis rapper has been hitting the streets of rap heavy since signing to Yo Gotti’s label in July.

The “F.N.F” artist is carving out her own lane, delivering a unique sound and approach to hip-hop.

GloRilla recently collaborated with a marijuana company, dropping a sneak peek on Instagram.

The marijuana company Rated Gas is set to release “Glorilla Glue,” based on the weed strain Gorilla Glue.