New York rapper French Montana is pushing for everyone to put their health first. The hip-hop veteran has lit up social media with a super jaw-dropping look at himself courtesy of before and after weight loss pics.

The Big Apple native hit up Instagram with the epic shots. Montana also gets extra personal encouraging followers to never doubt themselves or their strengths.

“don’t let nobody speed up your process! LIFE’S TRAGEDIES TURN TO LIFE’S GOALS ! THANK U FOR THE MOTIVATION” 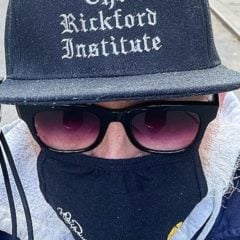 “trainer of the year 😷#theygoinsayitsphotoshopped” WATCHJim Jones Begs NY To Stay Inside During Snowstorm

Recently, Montana went to his Instagram page with new footage of himself shirtless and showing off his abs. French even referenced people thinking someone made a duplicate of himself.

“THE SAID THEY CLONED MONTANA 🤣”

A few weeks ago, Detroit rapper Kash Doll went to her Twitter page to speak up for Montana. She responded to a New Year’s Eve post suggesting people leave French in 2020 with rap artists including Tekashi 6ix9ine, Lil Xan and Trippie Redd.

“Nah French gave us too many classics to b on this list! It’s the audacity for me! 20years dnt forget”