Hip-hop veteran and Def Jam Recordings artist Bo$$ is in need of some financial assistance right now. The female rapper, whose real is Lichelle Laws, reportedly has a GoFundMe page set up in her name for a kidney transplant-related medical procedure.

Bo$$ was the first female artist to be signed to Def Jam West and dropped her debut solo album Born Gangstaz in 1993. It reached number three in the Billboard R&B/Hip-Hop Albums chart. She was diagnosed with renal disease in 2011, which has left her in need of a kidney transplant. The rapper then suffered a major stroke and seizure in 2017. In December 2020, an unnamed source close to rap veteran Biz Markie said his diabetes had become dangerously problematic. Biz had been in diabetic comas before, but his latest one lasted longer than usual.

Fans and the hip hop community poured support and love, sending Biz well wishes. In the latest report, Hip Hop DX said the 56-year-old rapper suffered a stroke while in the hospital recovering from a diabetic episode. A source told the publication, “He’s not doing great, but it’s not as scandalous as it felt in the beginning. Short story is Biz is diabetic, he had slipped into a diabetic coma, but that has happened to him in the past and it would only last a little while. He would go to the hospital, get discharged and get his meds under control. This particular time, he had a stroke while he was in the middle of the coma.” (Hot 97) 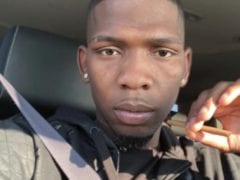 Back in July 2020, it was reported that Biz Markie was hospitalized and in bad shape. New York rap veteran Fat Joe showed BM some love on social media while wishing him well. Kodak Black & Azealia Banks Fire Up The Internet; Could They Be A Match Made In Heaven?