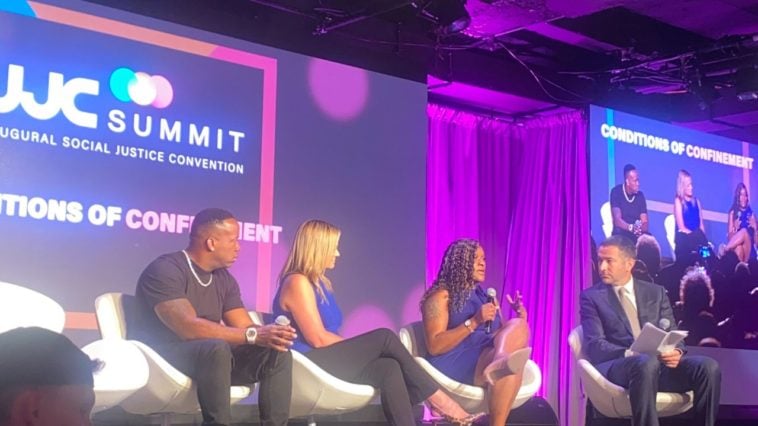 99 Views
Comments Off on EXCLUSIVE: Yo Gotti Is Advocating For The Mother Of Parchman Mississippi Inmate Who Mysteriously Died In Custody Last Year

Yo Gotti paid for the Henderson family’s funeral expenses last year after being touched by the tragedy and was a special guest on the “Conditions of Confinement” panel.

Gotti sat alongside Cheryl Henderson, mother of Chadarion Henderson, who was convicted as a teen for stealing car batteries.

“I was one of those kids that grew up going to different facilities visiting my loved ones…Parchman prison is like very close to Memphis, so it’s super close to home”.

Gotti also discussed the importance of advocacy in the hip-hop world:

“i think it’s important for anyone to be involved in anything that they feel strongly about. I felt strong about this when I seen the videos and the pictures come out, so I got with team roc and we did what we could try to do to have a voice for the voiceless”.

The “Gangsta Art” rapper revealed some of the ways he shows support to Ms.Henderson:

Cheryl revealed to the audience that her son’s death was not a mysterious accident, as initial reports stated, but that Chadarion had committed suicide after fearing for his life and safety at the maximum security prison.

She said he called her one day and said “ma I’m in here with murderers and rapists. I’m a nonviolent offender, the only thing I did was not call my parole officer, mama I don’t know why I’m here.”

Ms.Henderson also said, “My son was violated, he was abused, in this horrible prison.” Struggling to continue speaking, she added, “My son called me everyday, several times a day crying out for help.”

Cheryl said her son was sent to the Mississippi maximum prison after he missed a phone call with his parole officer after working a nearly 16-hour shift to pay off legal fees from his original trial.

Its goal was to leverage the power of hip-hop culture to address police brutality and criminal justice reform.