Texas rap rookie Erica Banks wants big respect placed on her name. The hip-hop star has stepped up to speak big facts on her music career and proclaim herself the best of the best in female rap competition. 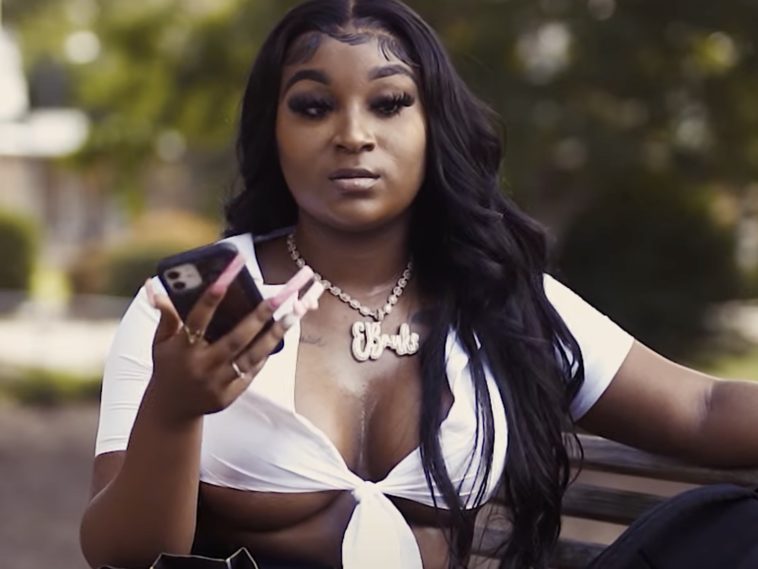 EB hit up her Twitter page this weekend and saluted her own craft. She took things even further by suggesting she’s the best in female rap lyricism.

The big shout-out comes following Banks dropping her new “Ball If I Want To” E-Mix to the masses.

In March 2021, rap star Cardi B called out people for being too hard on female rappers. Without singling out anyone specific, B lumped all people together – especially women – on not gracefully embracing female rap artists.

Cardi B Wants Respect For Putting Female Rappers On

In October 2019, Cardi B stepped up to demand some respect placed on her name. B spoke on helping ignite the explosion of today’s female rappers.

“I didn’t say I pave the way for female rappers but I deff gave the hood and women hope.Nikkas wasn’t collabing with females rappers.Labels where signing female rappers and putting them in a shelf and not focusing on them.Not giving them proper attention . … It seem like it was impossible for it to be more then one female rapper.These male rappers where not even takin Money from female rappers for a feature cause it seem far fetch for another woman to make it.I see so many male artists collabing wit females now even .. …. Some that are not mainstream because I know they don’t want to miss out on the opportunity in case they make it cause trust and believe slot of Nikkas I asked for features from when they see me they tell me “I shoulda believe”Deum I should have did the feature .”

Cardi took things even further by asking people to consider the female rap game presence prior to her blowing up.

This past April 2021, rap superstar Nicki Minaj‘s “Anaconda” music video passed 1 billion views on YouTube. She’s the first female rapper to accomplish such a feat on a solo track and now has six music videos with over the billion view mark, joining Katy Perry and Rihanna as the only female artists to do so.

TDE’s Punch Has Cardi B – Not Nicki – On Rap Mt. Rushmore