Diddy took to his Instagram with the news. REVOLT TV’s “The Crew League” Season 1 will premiere live on the REVOLT TV YouTube channel February 19th. Some of the featured stars include Swae Lee, Glen Davis, Jack Harlow, Russ, Lil Keek, and Druski. 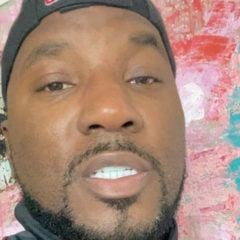 The Bad Boy Records boss knows it’s deeper than rap. The hip-hop icon recently came forward to tease fans about what type of music he’s currently piecing together and hints at using the inspiration of God to guide his creativity. Puff Daddy went to his Instagram page with the must-see footage. In the clip, Diddy even admits he’s always in the studio with the man upstairs.

Whether or not he’s just giving God a shout-out or hitting at gospel tunes to come, Puffy is known for using his social media pages to always give the most respect to his religion. Recently, Puffy Daddy’s handwriting skills had social media in tears. R&B singer Summer Walker went to her Instagram page to share a heartfelt message written to her from Diddy.

Some fans said Diddy’s handwriting looked like that of a little kid. Others said it looked like he’d had a stroke mid-sentence. Everybody had a hard time making sense of the chicken scratch.

Diddy recently took it back a few years. The Bad Boy Records CEO went online with a throwback picture, remembering some of music’s biggest names of all time in singer Aaliyah and the late Notorious B.I.G.