A new video has TikTok in a chokehold. A young white teen by the name Britt Barbie, also known as the “Period Ahh” girl, has taken over the social media platform and has grown in “popularity” for her black caricature. Chloe Bailey, Kali, and many other artists have made a remix to the tune. 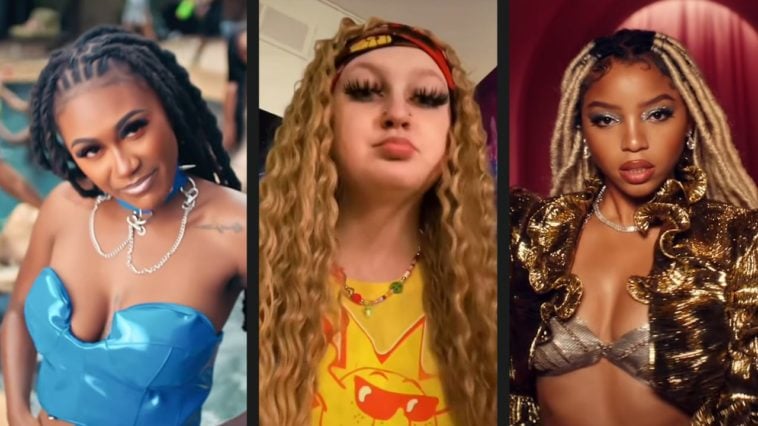 A TikToker by the name of Britt Barbie has taken the internet by storm with her “Period Ahh” video.

Many creators, specifically black creators, have been putting their own spin to the viral TikTok trend, sparking controversy.

Chloe Bailey is one of the creators that recently came under fire for promoting the young “rapper.”

Fans are saying that she and other artists like Baby Tate, Kali, and Cardi B are showing support to someone who is ridiculing Black culture.

Som are attacking her sex appeal.

Many are saying that she either has no sex appeal or she does “too much” when she performs.

However, many are coming to her defense, saying she is only exploring her sexuality, navigating her womanhood, and finding herself as a performer.

Many white artists have resorted to blackfishing to boost their careers. Jack Harlow‘s career is an example of how this is possible.