DaBaby has sparked more controversy this week after claiming that he slept with Megan Thee Stallion before the alleged shooting incident with Tory Lanez. 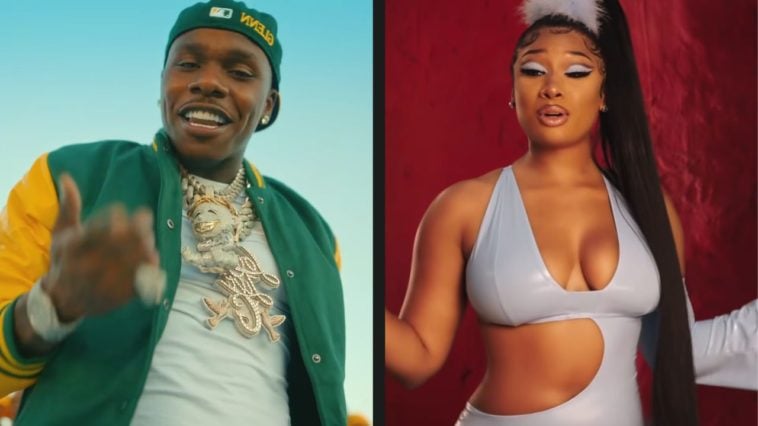 DaBaby dropped a new song called “Boogeyman” off his newly released album Baby On Baby 2 where he claims he had sex with Megan Thee Stallion before the shooting incident involving Canadian rapper Tory Lanez.

DaBaby details that he did the business on the Houston Hottie the day before:

“The day before she said that Tory Lanez shot her, I was fucking on Megan Thee Stallion, waited to say that shit on my next album, hit it the next day too but kept it, player, I ain’t say nothing about it.”

DaBaby also mentions his Twitter beef with her boyfriend and rapper Pardison Fontaine from last year:

“Had her pretty boy boyfriend tweeting me, ready to die about to bitch like a coward.”

Interestingly enough, DaBaby and Megan got into a Twitter spat last year after he retweeted a user making fun of the shooting situation.

The beef also continued when the “Suge” rapper brought out Tory Lanez during his set at Rolling Loud last year.

Before the friction, DaBaby and Megan Thee Stallion collaborated on a few tracks such as ‘Cry Baby” and “Nasty,” which also featured Ashanti.

Megan Thee Stallion didn’t want to be friends with the North Carolina native anymore when he retweeted a user making light of the situation with Tory.

The hip-hop pair and past collaborators ignited a dicey exchange following a buzzing “SKAT” single that caught serious fire. Latto And Saucy Santana Reveal Why Their Stage Names Changed