After much controversy, DaBaby recently responded to critics saying he “fell off” by sharing a video that reveals his thoughts about that claim. 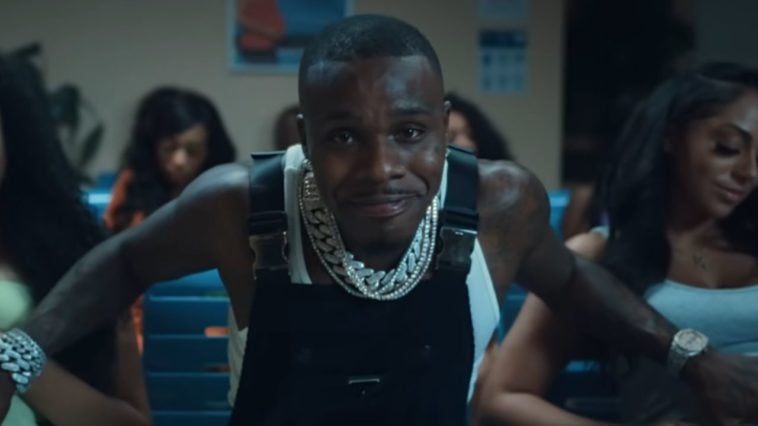 The Charlotte rapper recently took to his Instagram and shared a video where he jokes about fans saying he “fell off.”

The video reveals a collection of luxury cars, and the camera then points to the rapper, who is seen sprawled on the ground with crooked legs. The person recording asks DaBaby what happened to his legs, and DaBaby responds:

“I was at the top, and I fell off,” DaBaby said jokingly. He then gets up and pretends to have a “bad back” after he gets helped up.

The speculation about DaBaby “falling off” stems from his controversial comments at Rolling Loud in 2021 that were labeled homophobic. Since then, he has performed in front of disengaged crowds, and tickets for his recent tour were sold as buy one get one free.

Chance The Rapper Responds To Haters That Say He “Fell Off”

Chicago rapper Chance The Rapper was interviewed on The Breakfast Club and was asked by co-host Charlamagne Tha God how he felt about fans saying he “fell off.”

“If I fell off at least I was on,” Chance said.  Chance faced criticism after his 2019 album The Big Day, and the perception was that it flopped and did not meet the quality of projects such as 2013’s AcidRap and 2016’s Coloring Book.