New York rapper Cardi B is proving it is way deeper than rap by now getting into the toy business. Fellow hip-hop star and Florida native JT went online with a huge co-sign for the Bardi Gang leader’s brand new doll. JT of City Girls went online with the ultimate co-sign. She showed mad love to the platinum-certified hitmaker and let it be known she saw the Big Apple star as an inspiration and praised her grind by dropping a comment on Cardi B’s Instagram post from this morning. Cardi B is leveling up for kids and adults around the world. The hip-hop superstar has announced her new doll officially drops today. She went to her social media pages to break the huge news. While the doll drops today, B revealed it won’t officially reach the masses until this July.

“BARDI GANG!! I’m dropping my own doll TODAY! Inspired by me. Created by me. Designed by me. Thank you @officialrealwomenare. This means sooo much. ❗❗ Visit the website now to reserve your doll. You only have 72 hours – so go! Don’t miss out! LINK IN www.realwomenare.com #CardiB #RealWomenAre #DollsforAll #WomensHistoryMonth #InternationalWomensDay”

Shortly before dishing out the details, B shared a sneak peek at how her doll looks.

“BARDI GANG!! I’m dropping my own doll TODAY! Inspired by me. Created by me. Designed by me. Thank you @officialrealwomenare This means sooo much. ❗❗ Visit the website now to reserve your doll. You only have 72 hours – so go! Don’t miss out! GET IT HERE – www.realwomenare.com #CardiB #RealWomenAre #DollsforAll #WomensHistoryMonth #InternationalWomensDay”

In February 2021, Cardi B opened up to R&B icon Mariah Carey about everything from childhood insecurities, body enhancement surgeries, her background as a stripper to the pressure to drop her upcoming album. The multi-talented performer also talked about her hesitation to get close to other celebrities. Perhaps a conversation with City Girls’ JT is on the way soon! 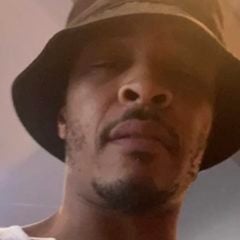 Cardi B Makes History With “Up”

Cardi is officially the first woman with consecutive No. 1 debuts on the Billboard Hot R&B/Hip-Hop Songs Chart. She’s also now the first artist to post two No. 1 debuts in a row as a lead artist. Not to mention, she’s the second performer ever to accomplish this feat after rap star Drake.

“Up” arrives with, no surprise, a high streaming sum. The track, released Feb. 5, registered 31.2 million U.S. streams in the week ending Feb. 11, according to MRC Data. The total allows for a No. 1 start on the R&B/Hip-Hop Streaming Songs chart, it also opens atop the all-genre Streaming Songs ranking to mark her fourth champ. (Billboard)