Chris Rock‘s younger brother, Kenny Rock, is still upset about the slap at the Oscars. He said he’s up for a boxing match with Will Smith via his new deal with Celebrity Boxing. 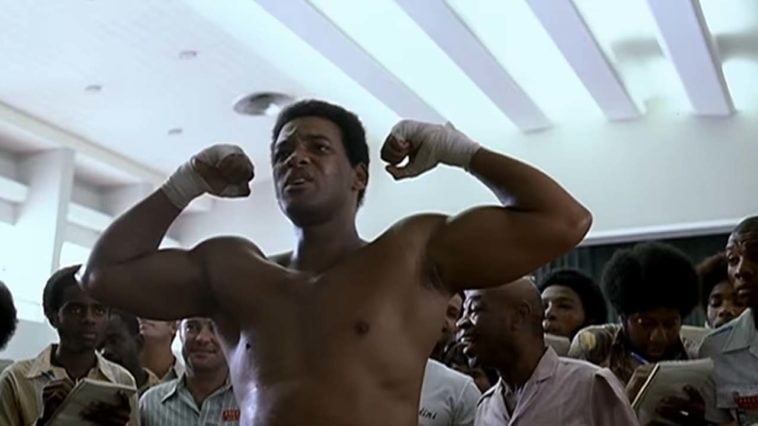 Kenny Rock, younger brother of Chris Rock, has just signed a deal with Celebrity Boxing founder Damon Feldman to fight this summer in Florida. However, he doesn’t have an opponent yet and is calling out Will Smith for a spin in the ring.

Kenny told TMZ that the size difference between he and Will wouldn’t be too much of an issue.  Noting the fact that Will Smith is taller and once played Muhammad Ali on television, Rock is confident that he would still win.

Over the weekend, Kodak Black went on Instagram Live to discuss, among other things, Jada Pinkett-Smith’s previous comments about Will Smith on Red Table Talk. In the resurfaced interview, which started circulating again following the incident at the Oscars, Jada opens up about her marriage to Will, facing pressure as a young actress, and never wanting to be married.

Last Friday, Kodak jumped on Instagram Live and started a diatribe about Will Smith’s ban from the Oscars for slapping Chris Rock.

“You got a n***a who love you, all kinds of shit,” Kodak said. “Come fuck with Kodak. That’s what you need ‘cause you just on some bullshit. You don’t deserve Will Smith. You deserve Yak. You deserve me.”

Kodak Give Will Smith Marriage Advice

In those same videos, Kodak Black said that he would have whooped Will Smith’s daughter Willow, for writing a letter to Tupac Shakur who Jada has deemed as her “true soulmate”.

In the letter Willow allegedly wrote to Tupac when she was 11 years old, she said:

“Dear Tupac, I know you are alive some place. I think that my mommy really misses you,” the missive reads. “Can you please come back. Can you come back so [mommy] and me can be happy! I wish you were here…I really do. Love, Willow.”

Kodak was shocked Willow would even write a letter to Tupac.”You got my daughter writing this nigga Tupac like he’s somewhere alive that’s shit crazy,” he said. “Like she finna put the shit in a bottle and muthafuckin’ throw that bitch in the ocean somewhere and that bitch gon’ get to Tupac in Cuban somewhere.”

He also said if he was her father, he would have punished Willow for writing to a deceased person.

“I would have whooped her stupid ass. Snatch my belt off, homie, and whooped her dumb ass. And bitch you’re on time out, punishment. “I ain’t doin’ that shit. Time out. I ain’t fuckin’ with you. Matter fact, I ain’t cho daddy.”

Later on, he advised Will Smith to get a new wife and daughter.

“Man fuck that. Go get yourself a young tenderoni,” he said. “Go get yourself some shit that’s about 18 years old. Get you some shit that’s about 22 [years old]. And fuck around adopt you a baby. Go ahead and get a whole ‘nother daughter. Adopt you one who is going to praise you, gonna cherish you. Bitch, you supposed to be my daddy’s girl, bitch. You be supposed to be my daughter. Daughter supposed to love their daddy. That shit is crazy as fuck.”

50 Cent Speaks Out On The Will Smith Ban

Meanwhile, 50 Cent expressed discontent on Twitter and criticized the Academy for “doing Will dirty” when the Motion Picture Academy shared the decision to ban the Oscar-winning actor from attending the Oscars for the next decade as punishment for slapping Chris Rock.

The 54-person board of governors held a virtual meeting Friday, April 8 to determine what disciplinary actions to take against Smith. Thereafter, the Academy released a statement banning Smith from attending the Oscars for the next 10 years.

The statement said, “The 94th Oscars were meant to be a celebration of the many individuals in our community who did incredible work this past year; however, those moments were overshadowed by the unacceptable and harmful behavior we saw Mr. Smith exhibit on stage.”

Shortly after the Academy’s announcement, Smith issued a brief statement of his own, saying, “I accept and respect the Academy’s decision.”

The 53-year-old actor will not be stripped of his Best Actor award but is ineligible for future Academy Awards nominations.