Kehlani warned the world about “Superfly” actor Kaalan Walker back in 2021. At that time, the Grammy-nominated artist exposed Kaalan for being a sexual assaulter. As his trial progresses, more information is spilling out about how he invoked Drake to lure in victims. 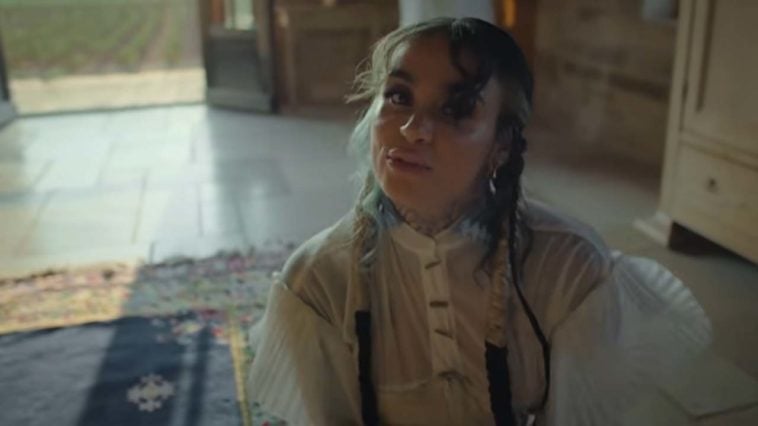 190 Views
Comments Off on Kehlani Warned Us About “Superfly” Kaalan Walker.  Here’s An Update On His Pending Rape Case

A prosecutor told jurors Wednesday in closing arguments during the serial rape trial that “SuperFly” actor and rapper Kaalan Walker once “manipulated” a 16-year-old girl into filming an impromptu sex tape at his apartment. During the encounter, the victim’s mother, who thought her daughter was posing for headshots, waited outside the apartment building.  At the time, Walker was 22-years-old and allegedly told the girl he could introduce her to Drake.

Deputy District Attorney Cynthia Wallace added that Walker name-dropped Drake during most of the 10 anonymous victims’ interactions whose allegations corroborate his felony charges.

Wallace added, “There’s no evidence he had any connection to Drake. It was just a thing that he used to lure the girls in. It was a trap, a ruse, his way of getting these girls.”

Back in 2018, rapper and actor Kaalan Walker was charged with nine felony sexual assault charges. The sexual assaults all took place in Los Angeles County. They all involved aspiring models who Walker contacted under the guise of hiring them for professional work.

Walker, now 27, is facing the possibility of life in prison if convicted as charged. He has pleaded not guilty to five counts of forcible rape — one related to a different minor — two counts of rape by an intoxicating substance, two counts of statutory rape, one count of sexual penetration by force, and one count of assault. Two counts related to an 11th alleged victim were dropped during the trial after the alleged victim declined to testify against Walker.

“They fell for his BS. That’s what this case is about. He made false promises, and they fell for it, and now it’s time for revenge,” Walker’s defense lawyer, Andrew Flier said when the case began back in March.

“They gave up their integrity and their bodies, and that’s why they’re here in spite. It’s payback to Mr. Walker.”

Andrew Flier is set to deliver his closing argument this Thursday.

Kaalan Walker was in jail in 2018 over sexual assault charges until his release on bail in 2021. In March 2021, R&B singer Kehlani, who was once in a relationship with Kaalan, tried to warn the world of his suspicious sexual behavior.

In light of the ongoing trial, she went on Twitter to support his alleged victims.

“lemme make this very clear… i know his victims personally. i was asked personally and privately to back them up because multiple large platformed people/celebrities had literally left them on READ. if speaking up for abused women makes me ‘getting in someone’s business’ if it makes me ‘messy’ then i’ll absolutely be that.

“i’ll take that over being the woman who was SILENT when came to personally for help. I’m not addressing the *very clear* craziness, but anyone with the notion i ‘inserted myself’ can kiss my mf ass. who gets anything positive from anything related to assault? what clout? who wants to be known for anything this traumatic? as many times as i’ve spoken about being a victim myself? i will never be so afraid of imaginary repercussions that i let it stop me from standing up for what’s wrong. a lot of y’all need your mf cards revoked, and he needs to be back in jail and medicated. bless it.”

R&B singer Kehlani is not standing for any slander on her name. The Grammy-nominated artist clapped back hard at actor Kaalan Walker after the accused rapist claimed Lani aborted the baby they were going to have together.