Chole Bailey took to Instagram live to reflect on a recent performance with her sister Halle. She addressed her aggressive tone where she cursed at the crowd—and explained that she simply doesn’t know what happened. 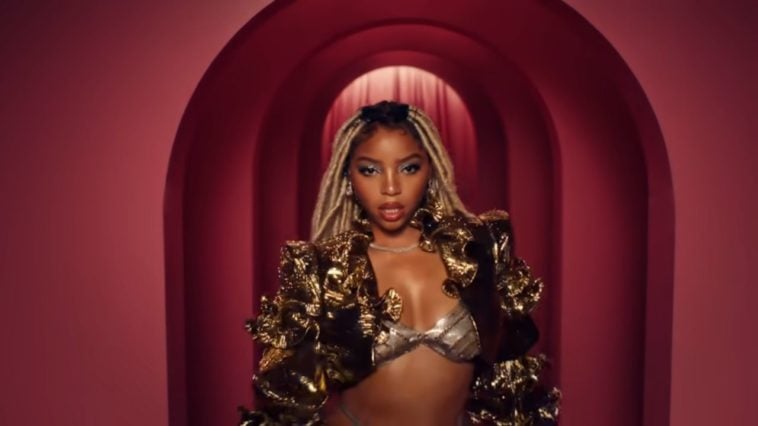 Chloe x Halle had an epic performance at the “Something In The Water” festival this weekend.

Earlier, Chloe took to Instagram live to review her performance. Unsure of what took over her, The “Surprise” singer expressed she didn’t know why she was so aggressive during her performance:

“I was like damn I sound real aggressive, I’m not the violent person, I’m not aggressive, I don’t cuss people out like that I don’t know what happened.”

In the video she’s referencing, she is seen attempting to hype up the crowd to encourage them to sing along. Chloe then tells the crowd, “sing it f-ckin’ louder.”

The “Treat Me” singer is known for going all out when she’s on stage. While turning heads at the legendary Summer Jam concert, it’s not surprising that Ms. Bailey was getting spicy during her set.

Chloe brought all the heat alongside star-studded performances by Fivio Foreign, Shenseea, Jada Kiss, Busta Rhymes, The City Girls, and more. Check out our recap of one of this summer’s biggest festivals to date.