As Chief Keef’s birthday is celebrated today, it sparks the conversation about his cultural impact in trap culture and society. 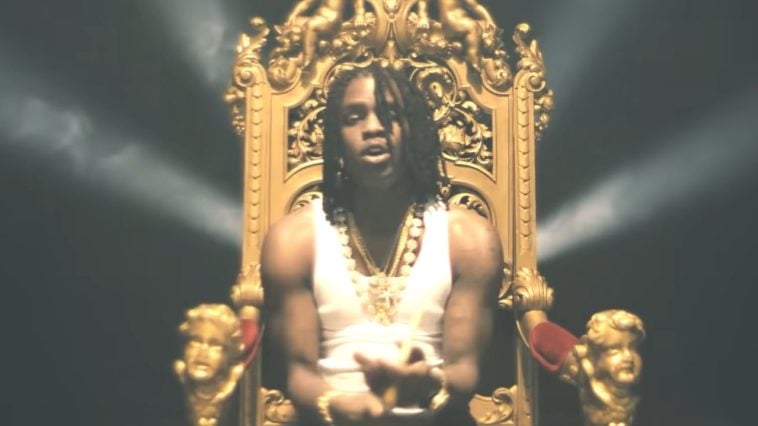 Almighty Sosa first hit the rap scene at the ripe age of 16; since then, Keef has sparked phenomenons that are still used in society today.

As he celebrates his 27th year around the sun, people are sure to remind the world on Twitter of the trends that are used because of the “Love Sosa” rapper.

Popular terms that are often used would not exist had it not been for the creativity of Chief Keef.

The popular term, “Glo Up” that refers to someone who has “updated their appearance for the better,”  was made “trendy” by Keef.

It is often forgotten, but the phrase’s roots are from the “Colors” rapper’s gang and label, “Glory Boys Ent,” which are also referred to as “GLO Gang.”

Several tweets over the years acknowledged Keef as the originator.

A Twitter user by the name of BrenBren4737 stated:

The term has been used by other artists such as Drake, Fredo Santana, Fetty Wap, Lil Uzi Vert, and many more rappers.

“Glo Up” isn’t the only trend started by the “Don’t Like” rapper. In fact a term that is used heavily in modern-day rap is “THOT” which is an acronym for “That Hoe Over There.”  Almighty So created the term and came out with several songs such as “Love No Thotties” back in 2014 that glamorized the term.

The influence of the word is even noticeable in more current songs like rapper Megan Thee Stallion’s “Thot Shit” which was just released last year.

“Chief Keef changed the world when he introduced us to the word thot. Beyoncé has said it like 30 times on this album.”

Not only did Keef create popular phrases, but he also sparked visual trends and was the first rapper to shoot a music video while on house arrest at the age of 16 with his song “Don’t Like.”

Other rappers that have faced run-ins with the law have followed suit, such as the popular rapper, NBA YoungBoy, with his song “House Arrest Tingz.”

Fans have also pointed out that there wouldn’t be Chicago trap rappers like Lil Durk if it weren’t for Chief paving the way.

Chief Keef’s isn’t limited to music; in fact, many people duplicated his look around 2014-2015.

He made it trendy to wear the “Tru Religion” brand and even scored a deal for long overdue collaboration with the brand this year.

Fans are still astounded by the cultural impact of the “Faneto” rapper, especially due to how young he was when he began.

“Every year I’m astounded by Chief Keef’s age vs. his impact. Young legend.”

Chief Keef is moving onto the administrative side of music and officially announced he is launching his own label and is serious about evolving into the next music mogul.

His first signee is Lil Gnar.