New York rapper Cardi B isn’t the type to hold her breath or let the rumors run wild. Instead, the “WAP” hitmaker has come forward to put a swift end to folks trying to drag her name following President-elect Joe Biden‘s historic win.

The Bronx native hit up her Instagram page and kept things a buck. The rap heavyweight shared recent footage of herself interviewing Biden ahead of election day and singled out major media outlets and personalities for coming at her.

“Couple of weeks ago I was getting chewed up by Trump supporters over this interview especially by miss Candace who has been degrading my name for 2 years straight. I was so nervous for this interview especially because it was on zoom and not in person but it was important for my followers to get to know our running candidate and future president. Republicans like Candace, Shapiro, Fox news made fun of me ,talk so much shit about me and my song WAP. They said Biden use me as a pawn then weeks later we seen a list of rappers and artists that Trump was trying to reach out to and to pay for support a list that included my name. I never got payed a dollar from Biden I just wanted to get to know him and open my fans up to the importance of voting.Im so proud of all these celebs who uses their platform and for the people who went out and voted WE DID IT! Don’t let nobody down play you for what you doing that’s how they try to take away your power .YOUR POWER IS YOUR VOICE!Congrats Biden! Your family here, and in Heaven are very proud of you! Also congratulations to Kamala you made history!” -Cardi B’s Instagram 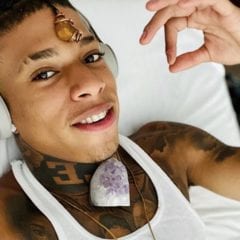 This past weekend, Cardi’s sister Hennessy Carolina turned up over Biden’s official election day win. She shared footage of herself and girlfriend Melo geeking out over the W.