Cardi B is currently in court over criminal charges and is now facing backlash from fans for making fun of a blogger for their house burning down. She claimed the rapper used the Bronx high-rise fire that took place earlier this year for publicity. 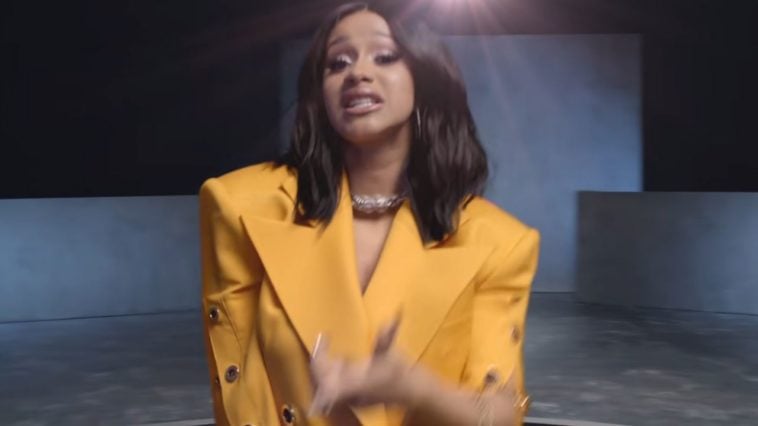 Cardi B can’t seem to catch a break. The Bronx rapper is currently facing a ten-count indictment for allegedly harassing two sisters back in 2018.

Although Cardi B is known for speaking up on political matters and giving back to her community, the “Hot Shit” rapper never backs down from clapping back at haters on Twitter and setting the record straight.

Unfortunately, Cardi is in the hot seat this time for making fun of a blogger whose home burned down. The “WAP” rapper went back and forth with the blogger, who claimed the rapper’s body was rejecting surgery.

Cardi B didn’t take that claim too well as she responded to the tweet, hitting below the belt.

“You though you ate that like the fire ate your house …Now go to your roo….oops my bad.”

The tweet sent many fans into an uproar, as they dragged the “Up” rapper after throwing, what appeared to be, insensitive shade.

Some responses claimed the WAP rapper paid for funeral costs for those who lost their lives in the deadly NYC highrise fire earlier this year for clout.

“That’s how u know she only did it for the clout, when in reality she doesn’t care about anybody but herself! @iamcardib”

Fans also wondered where to draw the line for slander after Cardi B won a defamation lawsuit against gossip blogger Tasha K earlier this year.

It looks like Cardi B  isn’t the only one who missed the memo on sensitivity.

City Girls’ JT is under fire again after a recent tweet.

As those in the US geared up to commemorate the 21st anniversary of the tragic events of 9/11, the “Take Yo Man” artist had Chief Keef lyrics in mind.