Cardi B is under fire after fans accused the rapper of allegedly “paying blogs” to post false information to promote her recent remix on GloRilla’s “Tomorrow 2.” 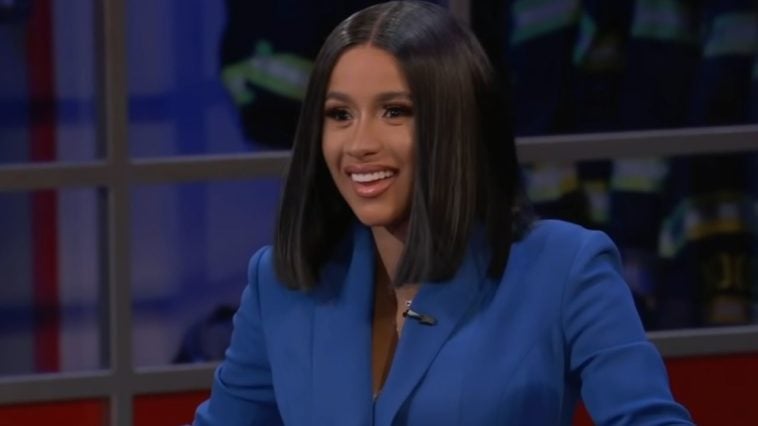 Fans took to TikTok to call out the Bronx rapper for allegedly paying blogs to promote the recent release of GloRilla’s hit track “Tomorrow 2.”

In the deleted promotion post from the blogs, Cardi B and GloRilla broke the record for the most first-day views for a music video by a female rapper on YouTube.

The music video has received over 2.9 million views as of the time of this story.

However, Doja Cat’s Kittenz and The Barbz have corrected the stats. Nicki Minaj and Doja hold the top three spots for the most first-day views for a music video by a female rapper for “Woman,”  “Do We Have a Problem,” and “Say So.”

The allegations against the “Hot Shit” rapper include bribing someone to use their influence or position to promote a particular product, also known as “Payola.”

These claims have not been confirmed.

Funk Flex Tries To Expose Cardi B: “Cardi’s Team & Many Other Artist Pay DJs To Play Records & Say That ‘They Are Hot’”

This isn’t the first time Cardi B has been accused of paying for promotions.

Back in 2018, a New York radio veteran, Funk Flex, singled out Cardi for allegedly paying deejays to play music and hand out hefty co-signs. Kid Cudi Promises To Take Over + Glow In Everything This Year