Boosie attended the balloon release for slain Atlanta rapper Trouble this week along with hundreds of fans and friends in Atlanta. Boosie documented the emotional event on social media with videos showing a crowded field of people wearing red in celebration of a good friend gone too soon. 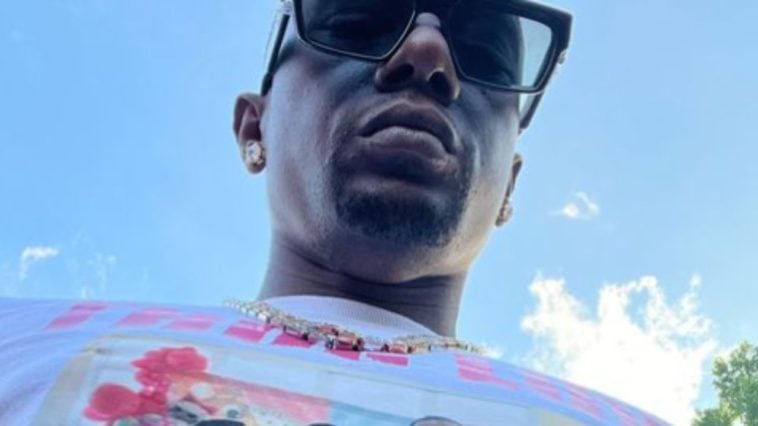 The loss of Atlanta rapper Trouble affected many throughout hip hop, especially in the rapper’s hometown of Atlanta where many in the tight knight community have likened their remorse asto “losing a family member or loved one.”

The “Thief In The Night” rapper, whose real name is Mariel Semonte Orr, was 34 years old and was affectionately referred to as “Skoob” by loved ones. The hashtag #LLskoob has been constant on social media since his passing.

Trouble was murdered this week in a domestic dispute, leaving fans reeling.  The “Bring It Back” rapper’s ex-girlfriend and Instagram vixen Alexis Skyy, has been devastated since finding out the news. She posted on Instagram last night, sharing prayers with the entire hip-hop community.

One rapper that was greatly affected by the senseless murder the hip hop artist was Boosie. Boosie and Trouble shared a friendship that transcended the music industry. They both considered each other very close friends. They also collaborated on songs together, most notably 2019’s hit, “It Ain’t My Fault.”

The “Wipe Me Down” rapper attended the balloon release held by the family of Trouble. He released a video and photos of himself at the event wearing a customized T-shirt dedicated to Trouble, with the caption reading, “LLTROUB 🙌🏾‼️🔥💯 miss ya Nigga t.I.p thug in peace ‼️‼️‼️🙌🏾🙌🏾”

On social media, many offered support to Boosie while mourning as well as offering condolences to the family of Trouble. On Twitter, a user identified as @SlimHeroics commented on how strong of a bond the two rappers shared tweeting, “I know Boosie hurt. Him and Trouble were super tight. I remember he said Trouble was one of the only rap niggas who came to his movie premiere.”

Funeral services will be held on Monday, June 13th at the House of Hope in Decatur, GA.

While family and loved ones are still mourning the loss of slain rapper Trouble of Atlanta, Law enforcement on the case of his murder have apprehended the man they think is responsible.

The man responsible for Atlanta rapper Trouble’s murder has been arrested. According to the Rockdale County Sheriff’s Office, police caught Jamichael Jones, 33, by going to locations where he was spotted frequently, which led investigators to his mother’s house. A judge denied his bond Tuesday morning in his first appearance in court.