Blueface had to clear up some details on why Chrisean Rock was arrested at an event last night held in Arizona. 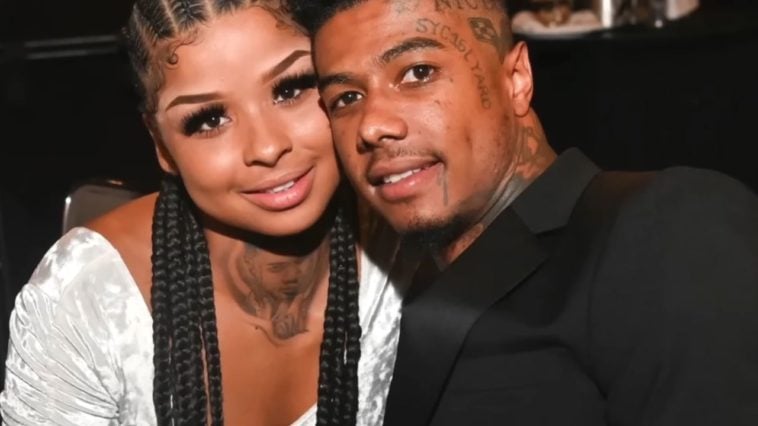 Recently, Blueface clarified why his girlfriend and rapper Chrisean Rock was arrested at an event in Arizona last night.

Blueface explained that the arrest was for trespassing:

“Chrisean is in jail for trespassing, not for hitting me, touching me, or anything that got anything to do with me, we’re in the middle of the street, she takes my phone and runs into a closed bar, she takes the phone and start running.”

The “Thotiana” rapper also spoke about Rock putting her hands on him:

“She gets mad about what she sees on the phone and starts to hit me like boom, I’m not tripping, and then she stands up and hit me with two-piece, and I was like I’m out of here I’m not going to make the same mistake twice and try to fight with you, so I go to the bathroom, she chased me into the bathroom and I’m telling the security like yo bra yall just going to let her fuck me up, like get her, let me wipe my face I’m bleeding, I go to the bathroom and I come out and I guess she’s fighting with the security, they put her down.”

“Well I guess she beats all of our asses now lmao”

Miller then follows up with another tweet by speaking on the craziness of the relationship:

“Bald spots and punches, you can’t even call this toxic love, this shit gutter.”

Hopefully, the relationship will find a healing point, and Rock and Blueface will no longer be in the news for toxic behaviors.

This incident wasn’t the first time the couple was involved in a public fight this month.

Earlier this month, a disturbing video surfaced on the internet showing rapper Blueface getting into a physical altercation with his girlfriend and fellow rapper Chrisean Rock on Hollywood Boulevard.