BET responded to Lil Nas X’s claims of being overlooked with a statement of their own. This comes after Lil Nas X dropped a diss track denouncing BET. 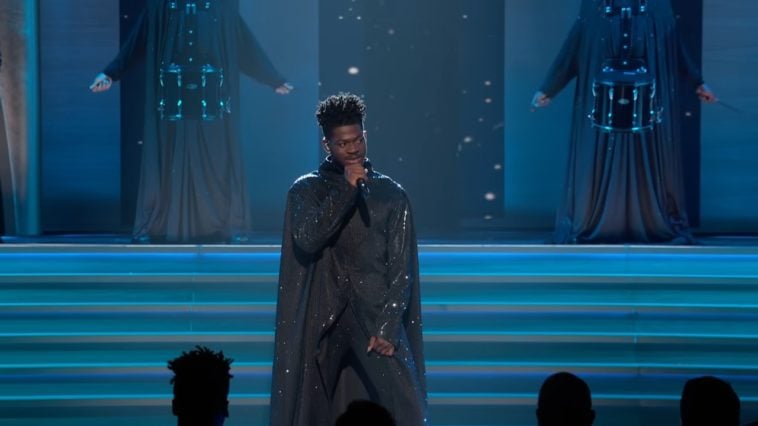 Firstly, a statement posted on the BET website was released this morning. It responded to the “Old Town Road” singer’s claims of being snubbed by the entertainment network:

“We love Lil Nas X. He was nominated for a best new artist BET Award in 2020, and we proudly showcased his extraordinary talent and creativity on the show twice: he performed “Old Town Road” with Billy Ray Cyrus at BET Awards 2019 and his BET Awards 2021 performance was a highlight of our show. No one cheered louder that night than BET.”

Furthermore, BET explained why he wasn’t nominated, adding on with an additional explanation that members from BET do not vote. They stated:

“Unfortunately, this year, he was not nominated by BET’s voting academy, which is comprised of an esteemed group of nearly 500 entertainment professionals in the fields of music, television, film, digital marketing, sports journalism, public relations, influencers, and creative arts. No one from BET serves as a member of the voting academy.”

In their final paragraph, BET espouses that they advocate for inclusion and diversity in all aspects of the Black community.

“At BET, we are passionate advocates for the wonderful diversity that exists within our community. We are committed to using all of our platforms to provide visibility and inclusion for all of the many intersections of the Black community.”

“This is bigger than the #BETAwards. This is real life, and we will always rock with Lil’ Nas X and stand for our people.”

The post itself was met with heavy pushback from their audience.

On Tuesday, Lil Nas X took to Twitter to vent his frustrations with new song, “Late To The Party” featuring NBA Youngboy. In the video, he’s sitting shirtless in his car as he lip-syncs along to the track.

After an online spat with critics on Twitter, he ended with:

“this not over no bet award this is about the bigger problem of homophobia in the black community, y’all can sit and pretend all u want but imma risk it all for us.”

Lil Nas X Claps Back At BET Awards For Snub, Setting Off Pride Month With Drama

Snubbed by the BET yet again, Lil Nas X took to Twitter to vent his frustrations. This was not the first time BET had been accused of overlooking queer Black artists.

Only two days into Pride Month, Lil Nas X went to Twitter to vent his frustrations about being snubbed by BET for two years in a row after the list of BET Award nominations was announced Wednesday morning (June 1).

The “Industry Baby” rapper criticized the network with scathing, now-deleted tweets for excluding him from the nominations despite the success of his five-time Grammy-nominated debut album Montero.