New York rapper A$AP Rocky knows the importance of November 13. The hip-hop veteran has come forward to remember the life of late A$AP Mob founder and friend A$AP Yams on his birthday.

Rocky took to his Instagram page to deliver a must-see shot of himself and Yams hanging out together. The pic also features A$AP Mob’s A$AP Ferg along with Migos’ Offset.

“HAPPY BIRTHDAY EAST SIDE STEVEEE @wavybone .. LOVE U 2 DEATH N AFTER . IM RUNNIN OUT OF RARE PICS OF US MY N*GGA” -A$AP Rocky’s Instagram 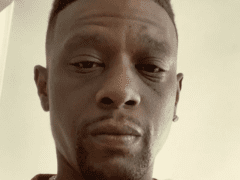 In January 2020, A$AP Rocky and the Mob pulled through for the annual Yams Day concert. The event also featured Yams’ mom speaking out along with UGK’s Bun B, 2 Chainz and NAV popping through. 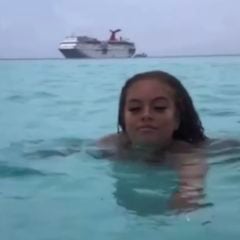 WATCHMulatto Goes For A Swim In The Ocean

In November 2018, Rocky lit up his Instagram page with a throwback pic of the crew hanging out together.

In 2016, Yams’ mom Tatianna Paulino penned an op-ed piece about her son’s life and non-stop efforts to keep the Mob thriving.

My son was under a tremendous amount of pressure to keep the A$AP Mob collective striving together, successful and producing hit recordings. At the same time, he told me he felt as if he was being squeezed out of the group of creative friends he had spent so much time and energy putting and keeping together. For Steven, money was tight; he never had much. In fact, I had to pay for his drug treatment through my employee benefits plan. This was not missed on Steven. Over time, he grew less comfortable with his role and place with A$AP. The business began to weigh on him mentally and physically. He often felt uneasy in having to make the transition from a fun collective of friends, to a business partner in A$AP Worldwide, the business. In my mind, his drug use was a strategy to decompress and release.” (Noisey) Lil Yachty Names The “Most Solid” Rapper – Ever