Montana went to his Instagram page with the priceless moment. The shot features him flexing major abs while getting bombarded in the background by the now-infamous Sanders meme.

“trainer of the year 😷#theygoinsayitsphotoshopped” 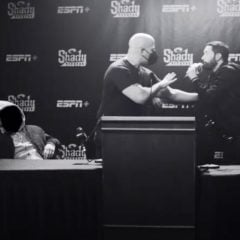 Recently, Montana went to his Instagram page with new footage of himself shirtless and showing off his abs. French even referenced people thinking someone made a duplicate of himself.

“THE SAID THEY CLONED MONTANA 🤣” 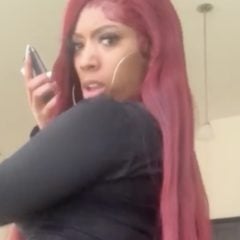 A few weeks ago, Detroit rapper Kash Doll went to her Twitter page to speak up for Montana. She responded to a New Year’s Eve post suggesting people leave French in 2020 with rap artists including Tekashi 6ix9ine, Lil Xan and Trippie Redd.

“Nah French gave us too many classics to b on this list! It’s the audacity for me! 20years dnt forget”

The same week, a screenshot circulated online showing KD reacting to a shirtless pic of Montana. The comment even caught French’s reaction and sparked a flirty exchange.