Rap crooner Tory Lanez and Rick Ross are going the safe route in their overnight beef. The hip-hop pair have fired shots at each other in the safest way possible – through Twitter fingers and Instagram trolling.

Lanez initially fired the first blow by getting at Ross through an Instagram comment. TL referenced some recent viral footage of Ross saying he had a smart cart coming his way.

Ross Claps Back At Tory

Instead of staying mum on the situation, Ricky Rozay responded to Tory. Ross joked about getting the tiny smart car customized in honor of Lanez recently releasing his new DAYSTAR album. 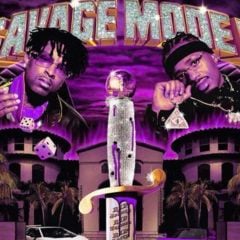 Where It All Started

In September 2020, Ross went online to roast Tory. RR appeared to take a stance against Lanez after the release of his DAYSTAR project where he denies being responsible for shooting estranged friend Megan Thee Stallion.