42 Dugg was arrested at a Michigan airport yesterday after failing to turn himself in to serve an outstanding six-month prison sentence. The irony is that the rapper snitched on himself while bragging on social media. 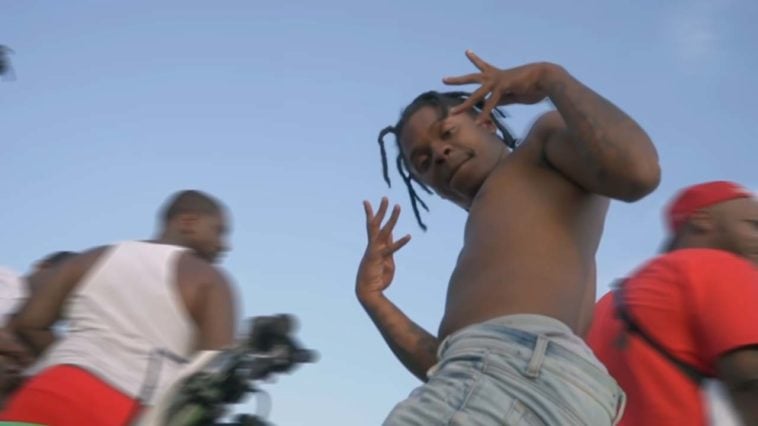 348 Views
Comments Off on 42 Dugg Touched Down In Private Jet To Find Police Waiting. Here’s How He Snitched On Himself

42 Dugg was brought in by Michigan police yesterday after he failed to turn himself in to serve an outstanding six-month prison sentence and the subsequent revocation of his probation.  The rapper had been avoiding capture but gave away his location hours prior in a bragging social media post.

In March 2020, a federal grand jury in Georgia charged the rapper, born Dion Hayes, with possessing a firearm, which is a felony. The charges originated when the Bureau of Alcohol, Tobacco, Firearms, and Explosives received an anonymous tip that Hayes was firing weapons at an Atlanta gun range in November 2019.  There was also footage implicating the rapper who was barred from possessing firearms following his release from prison.

Dugg was previously convicted of carjacking and firearms possessions in Michigan in 2011. He pleaded guilty to those charges in November 2020 with a three-year probation.

The probation was revoked in February 2022 after Hayes was arrested for obstruction of law enforcement and battery in Las Vegas. He also had “multiple positive test results for use of controlled substances,” which is another violation of his probation.  He was then sentenced to six months in a West Virginia prison.

The Detroit rapper was ordered to report in April 2022 to begin his sentence. When he didn’t appear, a warrant for his arrest was issued.

The “We Paid” artist was hiding in plain sight, attending Tuesday night’s NBA playoff game between the Golden State Warriors and Memphis Grizzlies. As the private jet landed back in Detroit early Wednesday morning, he was apprehended.

Dugg gave authorities his full GPS location when he jumped on IG to brag just hours prior to his arrest.  The rapper is seen on the tarmac showing off his “PJ” – or private jet – as he boasts about carrying guns and codeine on the plane and didn’t get searched. Dugg is wearing thousands of dollars in jewelry and trash talks for about 6 minutes about his status and taking his buddy “to the game.”

Tekashi69 Calls Out 42 Dugg For A Fight

The never-ending social media trolling continues. This time, Tekashi69’s new target is rapper 42Dugg, who was caught in the crosshairs after trying to defend 6ix9ine’s recent victim, Perkio.

6ix9ine called out rapper 42 Dugg for coming to Perkio’s defense after calling him a lame. Tekashi made it clear he would smack the fire out 42 – with his consent.

You guessed it, the “We Paid” rapper didn’t pull up to fight the “TROLLZl” artist. Instead, he did what any rapper would do – pulled up to the studio to make a diss track instead.