Florida rap star Kodak Black is expecting a child. The recently released hip-hop artist went online to reveal he has a baby on the way but it’s reportedly not his fiancée who is pregnant. Kodak took it a step further and asked for some name suggestions. KB went to Instagram to simultaneously reveal the baby’s gender, seeking names for boys. While nothing is confirmed, sources are saying it is not his boo Mellow Rackz who is expecting. 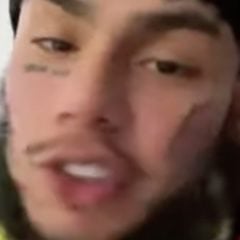 It seemed like Kodak Black was caught in a crazy love triangle. After crooning for City Girls’ JT on Valentine’s Day, he is gearing up to tie the knot with what just was another man’s girl. Rapper Rynaee Trill went online with a slew of posts and videos explaining the situation. His now-former flame Mellow Rackz has been showing off her tattoos of Kodak and texting him, officially having left Trill now that Kodak proposed to her. She went online with a big reveal that she said yes to taking his hand in marriage. His proposal went viral as well.

Ludacris Gets Respect Put On His Name After Hard-Hitting Freestyle