Yung Miami has a lot to say to the side chick of her alleged boo, music mogul, Diddy. Even though the two have not come out as a couple, Miami is not here for the attention Gina Vhuynh is seeking from social media. 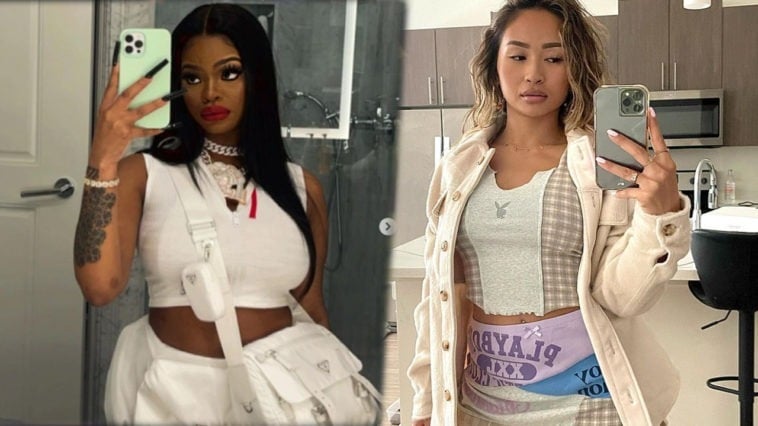 The City Girl took to her Twitter to call out model Gina Vhuynh, the rumored side chick of Diddy aka “Love.” Though both are claiming Diddy, the music mogul has yet to go public with either woman making the back and forth between the pair even more cringy.

It all started when Gina posted a picture of Diddy and herself together. Yung Miami immediately took to Twitter to call her out for wanting attention.

“Notice me please ass b***h go sit down! WE SEE YOU RELAX IT’S ok! You been (AROUND) just (AROUND) for years! You been waiting on this moment if he can’t make you famous b***h I ain’t!”

Gina did not take that statement too lightly, taking to Instagram to clap back at Yung Miami’s antics.

“If anybody is seeking attention.. B** its YOU. why you so pressed mama? I thought you was a city girl.”

The back and forth went on and Mr. Love has yet to step in between the two, publicly at least.  From the commentary from the bleachers,  the internets are rooting for Yung Miami for the win.

Recently, the music mogul, producer, and rapper, Diddy “Love” hosted and executive produced the 2022 Billboard Music Awards and fans enjoyed every minute of it.