Or maybe not. When Yaya Mayweather threw an all-blue baby shower to celebrate the upcoming arrival of a baby boy with her rapper boyfriend NBA Youngboy, the Internet went in on the event for looking “cheap.”

Yaya Mayweather + NBA Youngboy Are Having A Boy

For Yaya, 20, this is her first child. NBA Youngboy, 21, already has five kids (or more depending on who you ask). Given that Yaya’s father is Floyd “Money” Mayweather Jr., her boyfriend is a high-profile entertainer, and Yaya is known to brag about Birkin bags, a lot of people expected more from the shower. 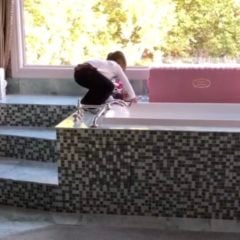 WATCHKash Doll Catches Nephew Doing The Most In Her Bathtub 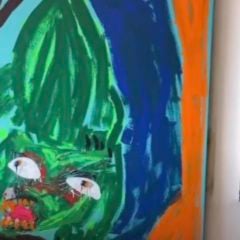 Yaya went to Instagram to share a baby bump pic and confirm the rumors that she is in fact pregnant. Despite their famously rocky relationship, it looks like Yaya and Youngboy are now going to be parenting together.

WATCHKash Doll Catches Nephew Doing The Most In Her Bathtub

While Yaya’s father, future Hall of Fame boxer Floyd Mayweather Jr., addressed the pregnancy rumors last week, he made some comments about NBA Youngboy’s immaturity. That didn’t sit well with Youngboy’s mother, who hit back at the former champion.