Atlanta rap veteran Waka Flocka isn’t looking for clout. The platinum-selling artist recently spoke on charitable giving and why he doesn’t feel the need to put his good deeds on display for the public. Waka Flocka Calls Out Those ‘Marketing Themselves’

Waka Flocka went to social media with something to get off his chest. The rap and reality TV star said it’s “corny as f*ck” when people record themselves doing good deeds such as feeding the homeless.

“When I do good deeds, I don’t never record or take pictures because, why would I catch a person at they lowest point in life? Plus, I don’t need a visual of what I did right. I got to experience that sh*t and that feeling. That’s something you can’t take from me, that you can’t take from them. That’s a real human trait. To see anybody marketing themselves ‘feeding the homeless’ or feeding somebody that need help, that’s corny as f*ck.” 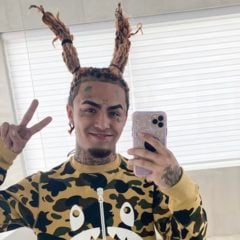 Rap mogul and reality TV star Debra Antney helped launch the career of hip-hop superstar Nicki Minaj. During the time they worked together, Deb admits she thought Nicki’s then-boyfriend Safaree (known best for his role on “Love & Hip-Hop”) was a gay male friend.

“I thought he was just a gay guy that was helping her.”

The “Hip-Hop Uncovered” series also showed how Deb helped rappers Gucci Mane and French Montana get started before falling out with both artists. French Montana publicly accused Deb of stealing from him; she responded with a lawsuit and was granted $2 million in a settlement. In the interview with Noreaga, she shares a story about French actually getting robbed … but by none other than Gucci Mane.

British rap artist Stefflon Don is the opposite of big mad when it comes to how she feels about Nicki Minaj. The overseas entertainer has come forward to speak out on a flurry of topics including throwback tweets resurfacing. Snoop Dogg To Star In Upcoming Comedy, “The Underdoggs”