R&B singer Trey Songz doesn’t seem too bothered about a leaked sex tape that allegedly features himself and an unidentified woman. The chart-topping industry veteran hasn’t responded directly to anything but he has since dropped some pics seemingly mocking the whole incident.

In the video, a woman is performing an x-rated act on a man whose face can’t be seen, but is believed to be Grammy-nominated crooner Trey Songz. Once the footage went viral, Songz trolled the Internet chaos by posting pics of himself looking at a phone in shock, wearing a hat that says “Hoes Mad.” He later added an IG post to promote his OnlyFans page, and a video alluding to his manhood and how it impacts his walk. 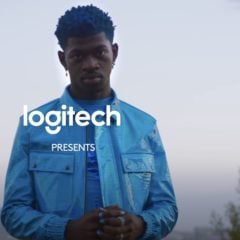 Trigga Trey was just trying to eat. New details have come out about the music veteran’s recent arrest at an NFL playoff game and why it went down.

A new video from the Trey Songz saga shows he had a good excuse to take off his mask at one point during the Chiefs game — but it won’t help his case with cops. As you can see, Trey’s face mask was in chin strap mode as he chowed down on a cup of french fries. While masks were required for all fans, the stadium does allow an exemption for eating and drinking. However, we’re told this was about 10-15 minutes before the KCPD officer came over — backing up 3 visits from stadium security — demanding Trey pull up his mask. The other interesting element to this new video is that you can see there are at least a couple other fans watching the fight who didn’t have their masks up. (TMZ) 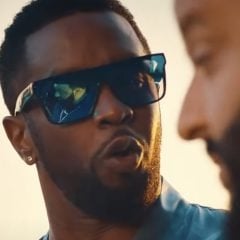 TS was really behind bars. A new pic is going viral showing the popular crooner in custody following a Sunday night arrest in Kansas City, Missouri. The cringe pic showed Trigger Trey presumably either getting booked or possibly in a jail cell. While there’s not much context, it appears the shot is his booking photo following his bust.

Earlier in the month, Trey made headlines for having a concert shut down in Houston, Texas. Reports claim COVID-19 and social distancing issues ultimately forced concert promoters to nix the event.