Rap crooner Tory Lanez has bigger things on his mind than getting dragged into jail. The hip-hop star has appeared to dismiss buzz about having possibly violated a restraining order in his felony assault case and pushed forward for his day ones. 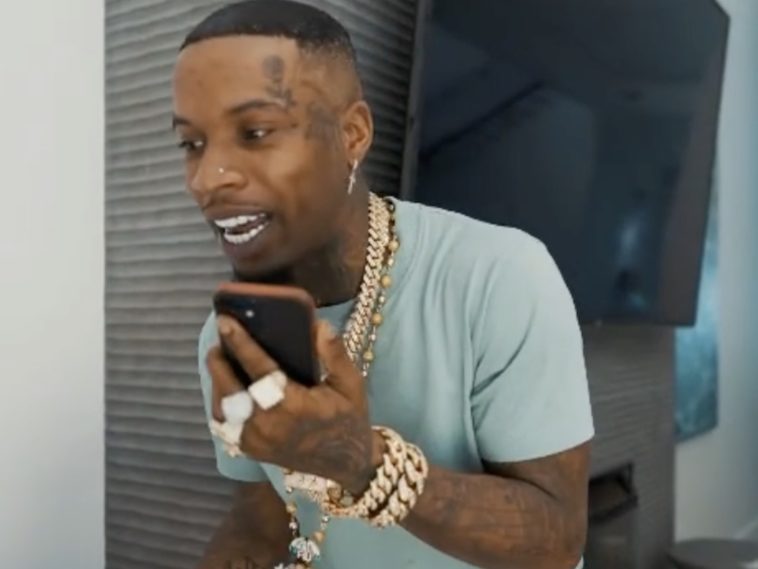 TL went to his Instagram page to get fans pumped about getting the chance to see him in-person. Lanez revealed he would randomly show up to two cities to perform in August.

“2 random cities will be chosen. I wanna perform in 2 random cities this month …. if they should be your city … put your city and state in the comments!!!! And ima make it happen … I wanna go somewhere random”

According to reports, prosecutors have filed a motion to hold Lanez in contempt for violating a restraining order issued in his ongoing criminal case connected to last year’s Megan Thee Stallion shooting. Tory’s dealing with a felony assault charge for allegedly shooting her in the foot in July 2020 and a restraining order requires him to steer clear of her.

We’re told the prosecutors believe Tory’s guest appearance during DaBaby‘s controversial set at the Miami hip-hop festival last month violated the judge’s order, because he got within 100 yards of her. Our sources say prosecutors have filed legal docs asking the judge to either revoke Tory’s bail — which could land him in jail pending trial — or at the very least increase his bail. (TMZ)

In July 2020, rap star DaBaby shocked the Rolling Loud audience when he undressed a man in costume to reveal the man was in fact Tory Lanez. Tory arrived in a bobble head suit and stood next to Baby on stage, DaBaby then bet the crowd $1 million if they could guess who it was in the suit.

This guest appearance has led to much uproar online as a result of Lanez, DaBaby, and Megan Thee Stallion’s past history.

DaBaby has been a long time collaborator and friend to Megan but it all fell apart when he put out a song and video with Tory Lanez, who allegedly shot Thee Stallion in the foot back in July 2020. Thee Stallion and DaBaby then had a heated conversation on Twitter shortly after “SKAT” dropped, which ended with Megan and DaBaby unfollowing each other.

Tory Lanez then further fueled flames with his recent Hot 97 freestyle in which he pointed the blame at being framed by Meg for him and his peers not getting the rewards he feels they deserved.