Atlanta rap superstar T.I. and his wife, R&B singer/songwriter Tiny Harris, have vehemently denied recent allegations made against them of sexual abuse. However, their denials did not stop MTV Entertainment from suspending production of the couple’s reality TV show, “T.I. & Tiny: Friends & Family Hustle.” NEWS2 Chainz Loses One Of His Idols: “My OG Passed Away On Me Mannnn”

Tip is having his name dragged through the mud. He posted an eight-minute video on Instagram addressing the allegations, in which he never mentions Peterson. 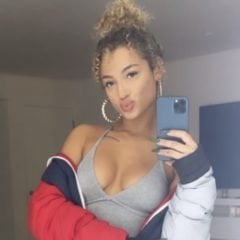 Tiny is going into attack mode. The Grammy-winning songwriter’s target is the former friend who accused her husband, rap superstar T.I., of threatening her life. Bill Cosby Gets A Fresh Look From Comedian And Filmmaker W. Kamau Bell